The "4r7" box on the mainboard of this Pi Zero W is cracked and the insides are exposed. It seems to be working fine. 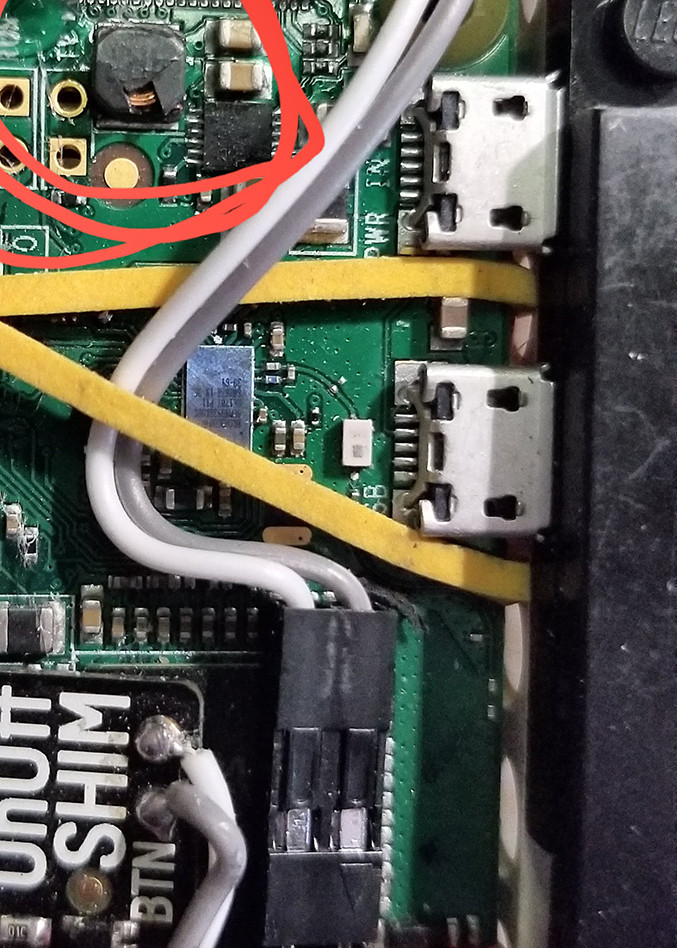 This is an inductor, which is part of the voltage regulator circuitry.

The picture shows evidence of overheating, as does the adjacent chip (which is the regulator).

Anything you are going to do (glue or whatever) is only going to make any issue WORSE. The inductor would have been made with insulated wire; it it were overheated to such an extent that the insulation is damaged, it will be internal. Glue will only make it worse.

I would be more concerned at WHY it was overloaded (my guess would be excessive current from 3.3V).

The component in the top left of your photo is an inductor.

The black bit on the top that is cracked is just plastic and not vital to the operation of the component.

A drop of hot glue or some sort of non-conductive laquer should prevent any short-circuit to the exposed copper.

Not the answer you're looking for? Browse other questions tagged hardware pi-zero-w or ask your own question.