When to set internal pin resistance at software layer

I'm trying to wire my Raspbery Pi 1 Model A (hereafter RPi) to a simple 6VDC buzzer and here is my best attempt: 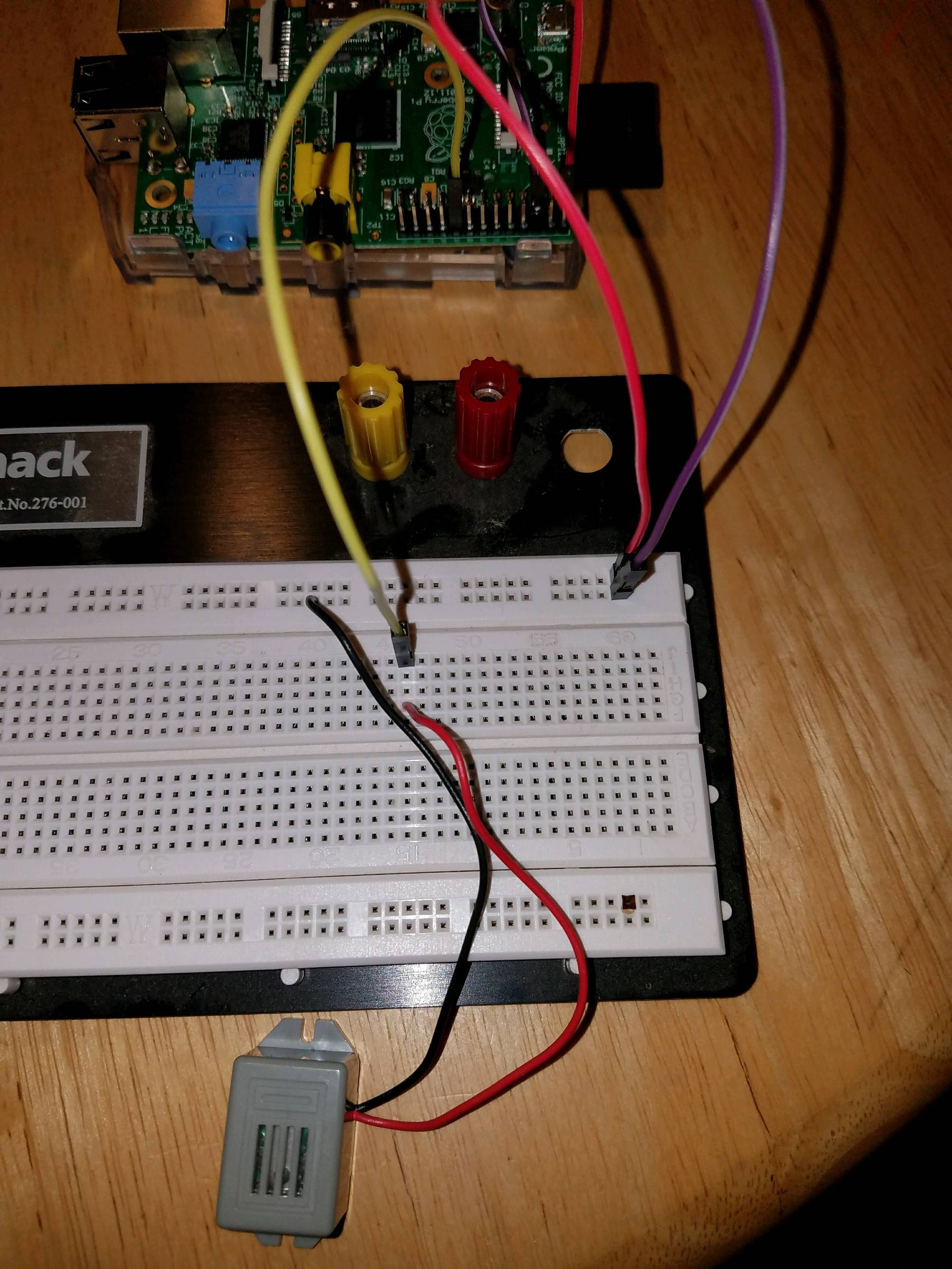 To begin with, if anything about the circuit looks incorrect, please begin by correcting me! However I don't think I need anything else (resistors, capacitors, etc.) in order for this to work. When my software (running on the RPi) fires a signal to the buzzer via GPIO output pin, the buzzer will sound, etc.

The only thing I'm currently on the fence about is whether or not I need to set the internal pin resistance (so, pull up resistor vs. pull down resistor at the software layer)

My question: when does one need to set the internal pin resistance (pull up vs pull down) when working with IO devices such as buzzers, LEDs, switches, etc.? And why?! I happen to be using pi4j which uses wiringPi under the hood, but this question is more about knowing & understanding when to set pin resistors at the software layer.

That is not so good.

So the 3.3V power pin from the RPi is connected to the breadboard's top-most rail via a red jumper (note this isn't actually used by the rest of the circuit but I don't believe it harms anything, right?

Correct, it is pointless that way.

When my software (running on the RPi) fires a signal to the buzzer via GPIO output pin, the buzzer will sound, etc.

Maybe. Also maybe you will fry the GPIO, since that buzzer looks a lot like this one, which "[carries] a maximum 45mA". The GPIOs (excluding power pins, which are not actually GPIOs) are rated at 15 mA. Although a lot of people will report doing okay at 20-25 mA, 45 is very likely too much.

You probably need a resistor to limit the current, at least initially -- the buzzer itself will have resistance as well. Realistically it looks a bit beefy to be controlled this way. You would be better off feeding it 5V toggled with a transistor.

pull up resistor vs. pull down resistor

You've misunderstood the purpose and circuitry of a pull-up/pull-down resistor. They aren't in line with the pin to protect it, they are in line with ground or a voltage source in order to prevent an input pin's value from floating in a high impedance state. Here's a pull-up circuit: 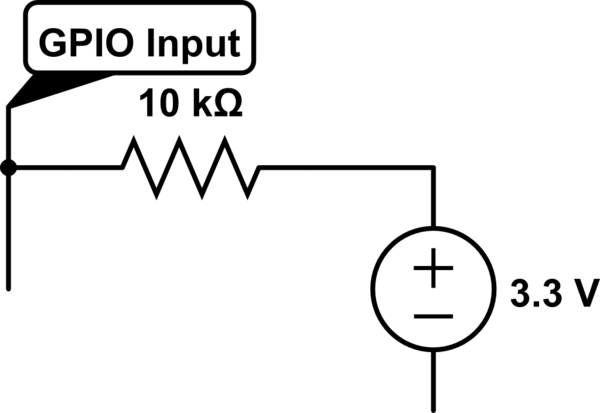 Whatever the GPIO would be attached to would go bottom left. Notice that means the resistor is not in between it and whatever; it is between it and an internal 3.3V source. This is used to "pull-up" (i.e. to digital "high") when whatever it is attached to is in high impedance (i.e., connected neither to ground nor a voltage source). The purpose here is to keep the pin high until the whatever (say a button) pulls it to ground (i.e., digital "low") -- in which case you'd want a smaller resistor in line to prevent a short.

You are using the GPIO as an output, and need to protect against too much current draw. For 20 mA:

A bit bigger would be wise, but no smaller.

However, this does not take into account the resistance of the buzzer itself, which may in fact be too much for this to work at all.

When a GPIO set as an input has no definite voltage attached it is said to be floating and will randomly return 0 or 1.

The purpose of the internal pull-ups and pull-downs is to stop a GPIO set as an input from floating by connecting to ground (pull-down) or 3V3 (pull-up). That means it will return a consistent result until overridden by such as a button press.

There is no point in setting a pull-up down or up on a GPIO set as an output (unless you are doing some esoteric electrical tests).

0
How to use Slice of Pi kit for prototyping?
7
Using jumper cables to turn on LEDs
3
Raspberry Pi B won't recognise DS18B20 sensor
0
Are there any buzzers that work natively with 1 Model As?
1
GPIO Buzzer. Not sure how to do this
2
Raspberry GPIO button sysfs