I was trying to setup the 7 inch touch screen with my raspberry pi. And admittedly, did one blunder after another :(

The information on the internet rare on setting this touchscreen up. So once I get mine working, the first thing I will do is write a tutorial for this.

The raspberry itself was running: Berryboot with an OS image of Raspbian Stretch.

The touch screen tutorial asked to add these settings to the config.txt. To do so, I added the following settings through here: 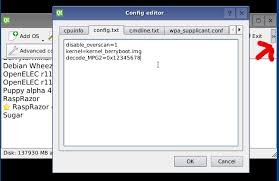 The settings I added were for the HDMI:

I rebooted and the display was distorted a bit. So I installed git library as instructed in screen tutorial:

Ran the command for 7 inch screen:

And from this moment, I can't get the screen back. I have tried attaching HDMI to tv, to touchscreen. No use. Can't even SSH in.

So to remedy it, I took the sd card out, edited the config.txt file myself and removed all the changes I made. Tried again, the screen did appear but berryboot was stuck on Colorful display it gives in the start.

At this point, I went all in and swapped the config.txt on the SDcard with the default berryboot config.txt file.

Now when I start, berryboot does start to the point where it asks settings for the first login: 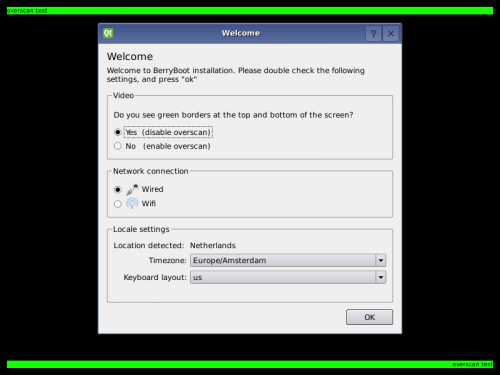 I do the settings and get to a linux shell with this written:

Hope you guys are still with me till now :)

Now, is there any possibility I can my raspbian image back as it was?

It is a chinese made 7 inch touchscreen compatible with Raspberry pi 3. The cd drive which came along with it contained the english manual on how to set it up. It also includes an image for the Raspbian-Jessie 2017-01-11 having settings already done for this display.

The last date modified of the files on the CD are August 2016 so I guess this display is not very ancient. It is the same thing as this one.

So the question still stands:

1) Can I somehow recover the data by manipulating the recovery shell? 2) Any guidance on how to set this display up?

Found this excellent link about this touchscreen. Turns out the version I have is 3.0. So the steps of installing the Github library wasn't needed for my version. I just needed to set up the resolution.

The LCD7B-show script does this:

Which is more than just changes to /boot/config.txt -- and note it overwrote that instead of appending whatever was necessary. Appending would override any previous duplicate directives in the file without erasing the rest of your configuration (it might be the other way around, i.e., later directives override, so they should have been appended). A point to take from that is whoever wrote this either didn't know (== did not bother to research) or did not care about doing things in a more responsible way.

Also note that /etc/inittab is atavistic and no longer used (unless you have not upgraded from Raspbian wheezy).

The major problem may have been the overwriting of /boot/cmdline.txt.

I was trying to setup the 7 inch touch screen with my raspberry pi.

By "the" do you mean the official one? If so I have no idea why you are using this "goodtft" github thing.

If it isn't that one and the instructions from the manufacturer/distributor were to use this, that's unfortunate -- caveat emptor. It may be that you simply cannot use the product (hopefully it can be returned). I suspect there are plenty of these kinds of things around that were released years ago and people are still selling off despite the fact no one has bothered keeping software support for them updated.

Not the answer you're looking for? Browse other questions tagged raspbian pi-3 touchscreen berryboot or ask your own question.

1
Raspberry Pi Touch LCD Screen problem when GPIO connected
1
Could not identify manufacturer of Pi TFT LCD screen
2
Setup of SPI TFT LCD Display
8
How can I install the KUMAN 3.5 inch-display?
3
Camera NoiIR camera wont work while my touchscreen is plugged in