Does the Pi 3 support Vulkan?

I have tried running Fuchsia OS on my Raspberry Pi 3 but it is not able to run because there is no support for Vulkan APIs on it.

Please explain why Vulkan Support is not there on the Raspberry Pi 3 and how it can be modified to get this?

PCWorld states that Vulkan is not supported on the Pi 3 due to the lack of GPU support:

The Raspberry Pi has an aging graphics core, and a GPU upgrade would have made the computer better at gaming. The BroadCom VideoCore IV 3D graphics processor can play 1080p video at 60 frames per second, and it'll run OpenGL games. But it isn't compatible with Vulkan, a new gaming API that will bring visually stunning Linux games to PCs and mobile devices.

Unfortunately, you will not be able to modify the Pi to support Vulkan, as the issue is the GPU capability. The GPU is contained in the BCM2837 system-on-a-chip, as you can see here: 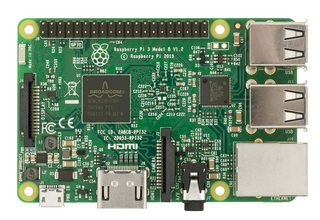 (the SoC is the black square labelled 'Broadcom')

That chip isn't exactly open to modification, so there's not much you can do. If you need Vulkan, you're going to need a different board than the Pi 3.

For your specific issue with Fuchsia, you may be interested in viewing Magenta on Raspberry Pi 3. This is Google's documentation of the current state of Magenta, Fuchsia's kernel, on the Pi. It is specifically stated that:

The following peripherals are not yet supported:

Note also that "Initial specifications stated that Vulkan will work on hardware that currently supports OpenGL ES 3.1 or OpenGL 4.x and up", according to Wikipedia. The BCM28xx video core "is documented to fully support OpenGL ES 2.0", which is not sufficient for Vulkan.

In addition to pi-vk-driver, there is also a wip mesa branch: https://github.com/abergmeier/mesa-vulkan-broadcom/commits/libvulkan_broadcom

Not the answer you're looking for? Browse other questions tagged pi-3 arm or ask your own question.

1
Does a Raspberry Pi 2 Model B (quad-core ARM Cortex-A7) have 4 program counters?
1
How to simulate Ubuntu ARM image on Raspberry Pi with Virtualbox?
5
Does the Raspberry Pi 3 support UHS-II microSDHC cards?
4
pulseaudio not autostarting on pi 3.
1
Why can't fedora have support for raspberry but Debian does?
2
The docker repository does not have a release file
2
What does the raspberry pi “Run…” thing do?