Not sure if this is the right platform (please let me know any recommendations if not), but I made a display monitor in the Raspberry Pi to pull in information such as news feeds, weather, local news and sports scores. I'm trying to learn more about IoT for an assignment and would like to use my Pi project as an example.

As of now, it's just a monitor that pulls in feeds. Does this constitute an IoT device or does the information need to be relayed back somewhere?

I'm a beginner, but I was hoping someone might have some recommendations in how I could make this a true IoT device if it isn't currently. Thank you. 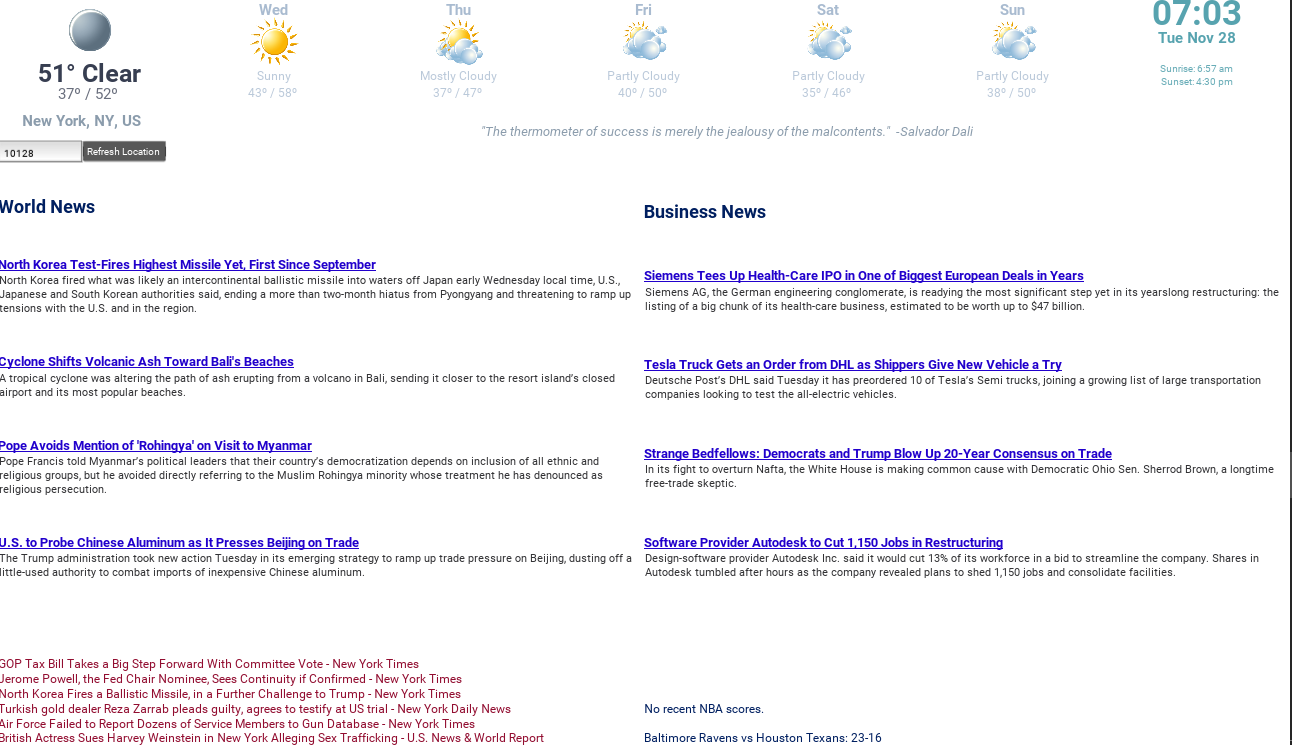 Unfortunately, there is no universally agreed-upon definition of what an IoT Device is, so any specific interpretation, including the one I'm about to give below, could be taken to task. So take it with a grain of salt.

When you mention "IoT", most people typically tend to think of small, independent, network-connected, single-purpose devices that are doing things not typically done by a more traditional full-fledged computer (laptop, desktop, etc.).

Your specific use-case is similar to that of an electronic billboard or display-only Kiosk, which many consider to be IoT devices. From that angle, you are good-to-go! (Yay).

On the other hand, this could have just as easily been done on a laptop, a desktop, or a small "typical" classic PC computer, so there are probably those that would say it's not really an IoT device.

I think you could probably tilt your odds toward it being considered as a true IoT device by making sure your solution leans heavily on the "Independent" part of the IoT description I gave above. If it...

If you were to implement most of those things, then I think you would be hard pressed to find anyone that could make a solid argument that it is not an IoT device.

At least that's my 2 pennies worth. I wish you well in your assignment!

Not the answer you're looking for? Browse other questions tagged python windows-iot or ask your own question.