RPi2 - How turn OFF LED after boot?

I ran into interesting issue. I have a LED connected between 5V and GND, to indicate the board gets power (pretty common setup, I guess). What I'm looking for, it's a way to turn OFF this LED, AFTER boot.

(in fact, I'll then light up the green side of the same RGB LED using some GPIO, but that's another matter).

I cannot see any way to use RPi legs to indicate boot/finish of, primary because AFAIK I should not rely on any RPi leg during boot. Any suggestions will be welcomed. Thank you.

EDIT It's an RGB LED, the red side connected in the way described above. I'm looking for a way to turn the red off after boot, and light the same LED green, using GPIO. The question is about turning a led off, after boot.

Here's a partial answer... It's Christmas Day, update later if it seems helpful. 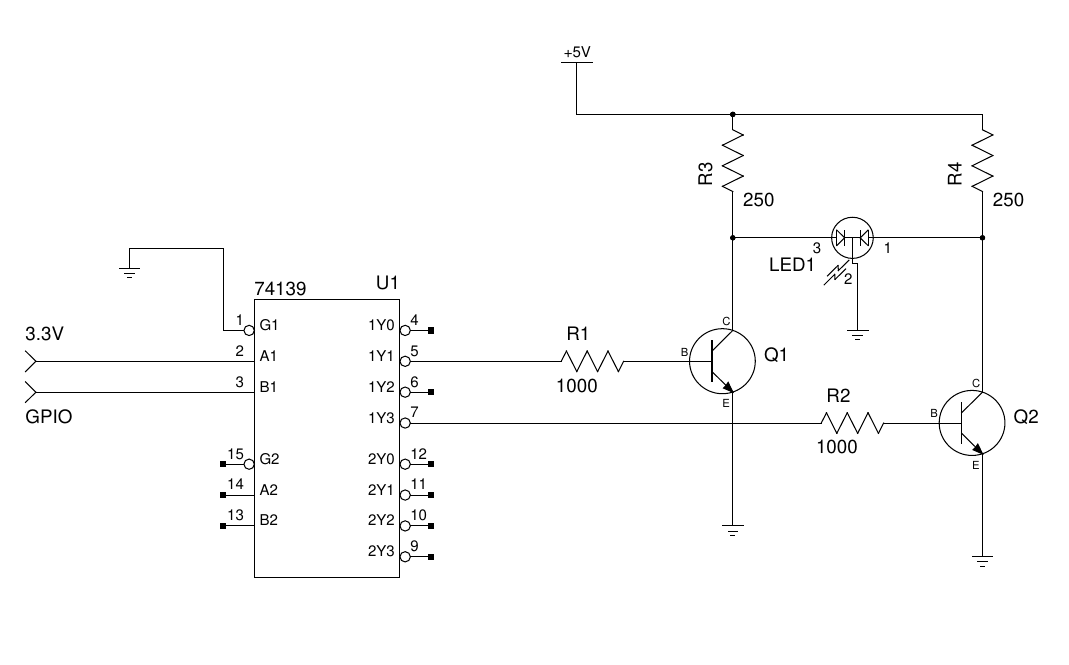 If the 74139 decoder is a 3.3V version, the left LED will be lit when power is applied to the Pi. Once the systemd service file is executed, the GPIO pin will select the right LED, and the left LED will turn off.