Send audio from one Pi to another- Same network

Send audio source from one Pi to another over the same network.

Both Pi's will have a static IP and will be locked onto each other.

I've attached a diagram for reference.

Thank You guys in advance! 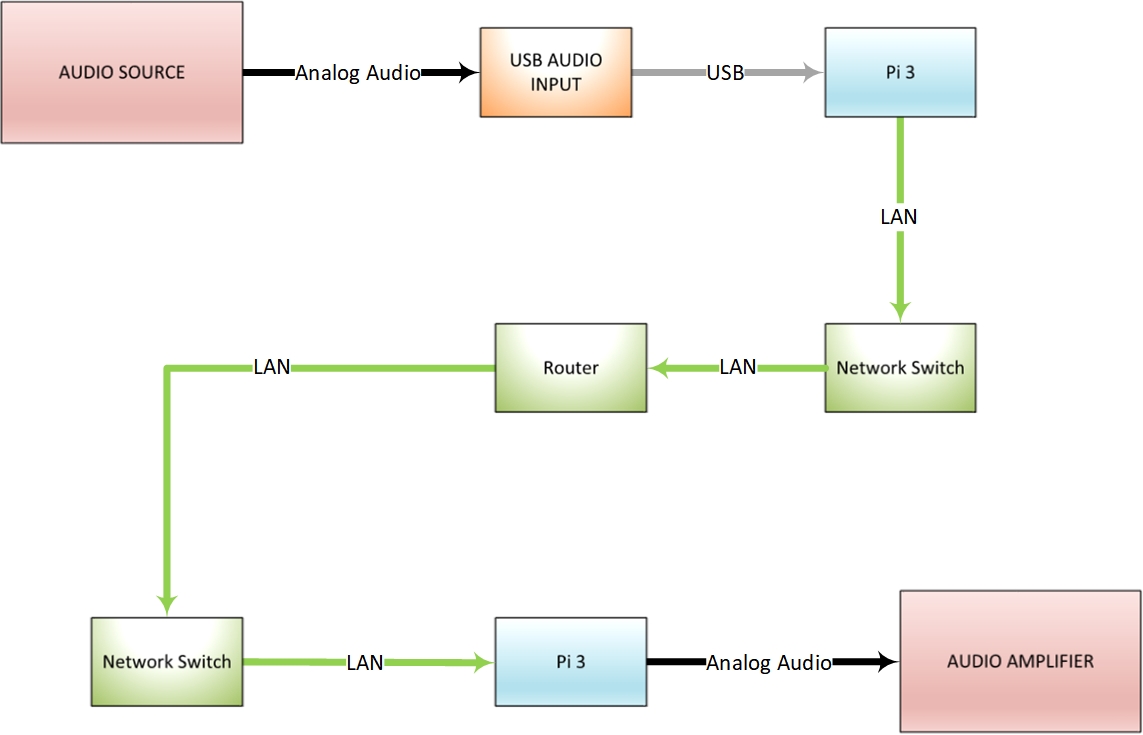 Possibly the simplest way is to use sox:

Install sox on both Pis:

That's all the set-up done. Now to actually do the record/playing:

How does this work?

The rec command records audio from the default input device (which will be fine unless you have more than one). The audio is then sent down a unix pipe to the ssh command, which sends it over the network to the other Pi and executes the play command.

The -c 1 argument to the rec command says to record only one channel; if you want stereo then use -c 2.

(Note the IP addresses used are from RFC5737 and are for documentation only).

Not the answer you're looking for? Browse other questions tagged pi-3 networking audio connection streaming or ask your own question.

0
Stream mjpeg (or any other format/method) from my Pi 3 camera to another server in AWS
1
How can I implement an audio transmitter/receiver system
2
Looking for multi-room streaming audio solution that plays well with wifi
0
View Twitch stream on rPi, but with sending the stream audio to Windows?
0
Set for Graphical WLAN and static (bridged) br0 and eth0
3
How do I get send audio from Raspbian over a network?
0
Troubles understanding routing rules