After working for a while, and with various distributions and SDs, my Raspberry Pi 3 no longer properly works with my Sony Bravia. With the HDMI inserted it now displays flickering, changing lines. It must be broadcasting the correct video because the colors of the lines represent images that should be displayed while starting up (splash screens, etc). Once booted I can SSH as normal, the Pi is working and on. But the distorted video remains.

The catch is that the HDMI on the Pi works fine on every other monitor and television I've used (just as it worked on this one). The power supply seems fine. I've tried multiple working HDMI wires. Other HDMI devices connected to the TV with the same HDMI and connector work fine (X-Box 360 and Roku).

This does not work to fix the issue. Once the power goes on and the HDMI is in the RPi3, the lines occur.

2/7 UPDATE: my SD with NOOBs with Libreelec & Raspbian works fine. An SD with Berryboot Loader that contains RetroPie, Kali, and Raspbian Lite is the one acting up on this set (but that SD does work fine on other televisions). 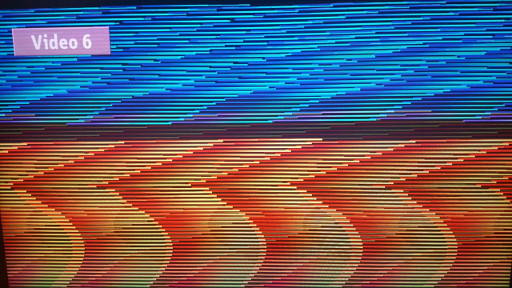 Browse other questions tagged pi-3 hdmi display config.txt or ask your own question.

9
Can't get Pi to work with a Sony SDM-S74 DVI-D monitor
4
Why is HDMI audio working differently for Sony and Samsung?
1
How to disable and then enable HDMI output on Raspberry Pi
0
Raspberry Pi HDMI not Working
4
Rpi 3B no HDMI output
1
HDMI audio output delayed
1
Display controller for HDMI shows no signal only for Raspberry
1
RPi4 doesn’t output through HDMI extender cable