How to get pan-tilt servos quiet forever after first adjustments

I have a camera mounted in an Adafruit pan-tilt mini kit with 2 servos (SG92R).
Installed python-smbus and i2c-tools.
From raspi-config I enabled 5 Interfacing options P5 I2C.
Also installed Adafruit_Python_PCA9685.
Executing a python script I position the camera.

I only use pan-tilt to fine tune the camera position just at startup for timelapse.
I found that despite I added a @reboot line in crontab to run that script with the same two parameters (horizontal and vertical servo positions) I used the first time, just in case of restart after power failure or manual reboot, the position of the camera is slightly different than the original one.

I tried disabling I2C interface option but the result is far away the original position of the camera.

Then only way I guess I can accomplish that is to disconnect the power of the pan-tilt controller (Adafruit) after getting the best position but this could be a mess for me.

Is there another way to get servos quiet in case of reboot?

Perhaps you need more expensive servos? They are more likely to go to the same position when given the same commands (pulse widths).

Also remember that servos will only maintain a position against a force if they are powered and are continually receiving the same commands (pulse width).

I finally solved this issue thanks to Adafruit techs.
I added a non-latching relay to control the power output from the RPi to the servo controller PCA9685. For example GPIO6 is set to INPUT by default so when I need to move the servos I change the state to OUTPUT and the servos get power.
After adjustments are made I turn the state to INPUT to cut the power.
As said, after reboot, servos don't get power to move because I choose a GPIO pin with an INPUT state (LOW/OFF).
Here's the wiring schema I used 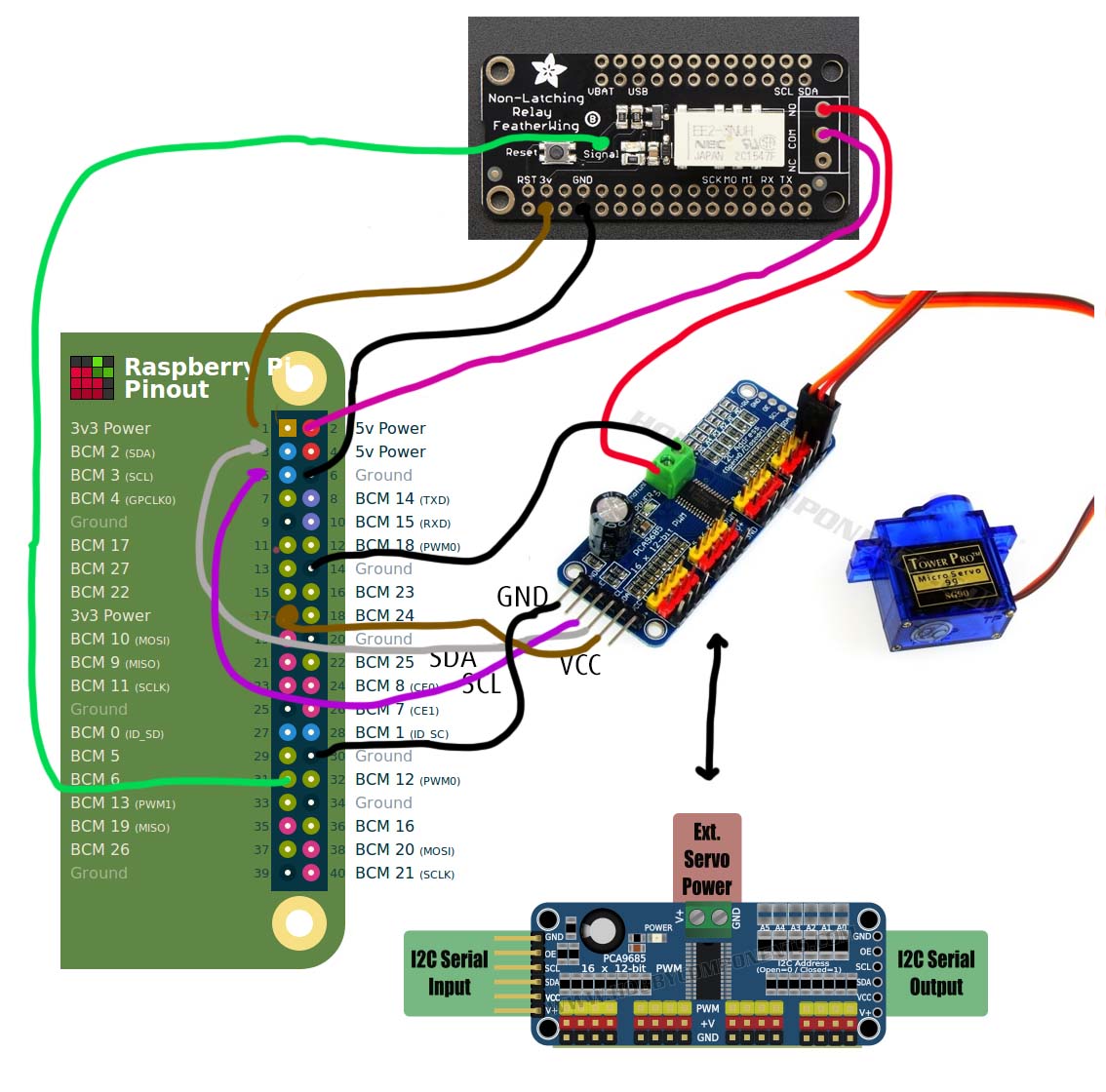 2
Using Pan and Tilt servos
1
RPi powering camera with pan/tilt bracket
0
How to control servo cam pan/tilt using bash and servoblaster?
0
How to access servos using pins other than GPIO 2&3