My Rasberry Pi 3b running Windows IoT Core 10.0.16299 is experiencing severe image damage (unable to recover itself, requiring to prepare system image from scratch) very often, let's say 75% when not properly shutdown (e.g. power outage) and mostly in scenarios where NONE disk intensive processes are running (just simple applications, nothing writing to the disk)...

First of all, it says:

Starting Windows 10 IoT Core Release 1709, version 16299, the main OS volume (C:) can be protected with UWF and serviced automatically without any special steps.

But since my RBP3 crashed so often I tried to install UWF anyway: 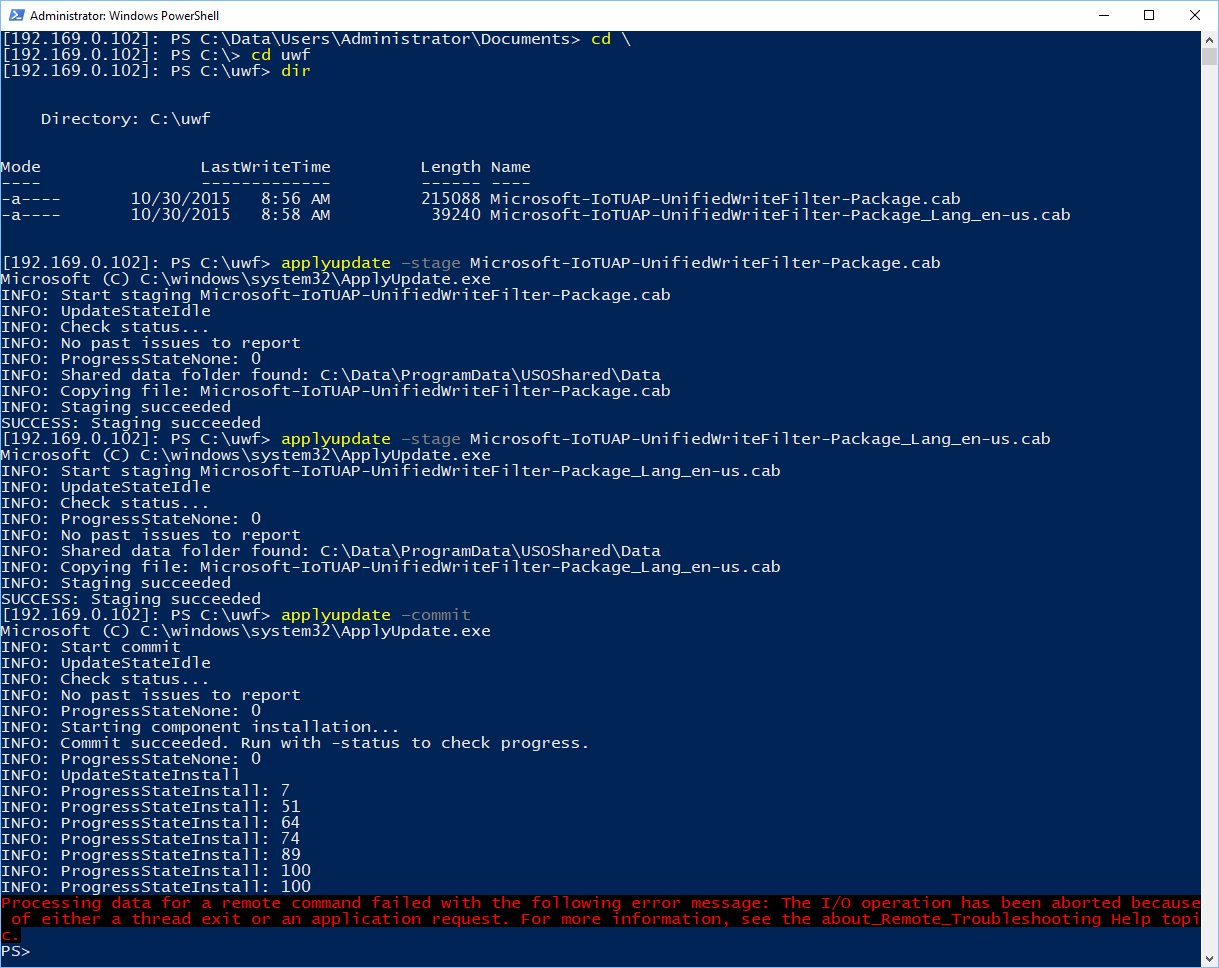 It seems that it installs "successfully", but uwfmgr.exe is not available after install procedure and reboot.

So: 1) I can not install UWF. 2) Microsoft claims it is even not necessary. 3) My RBP3 crashes very often without shutdown (and no disk activity besides OS itself).

The RBP3 on my desk just couldn't boot again. I've looked at the SSD on my PC, and it looks good: 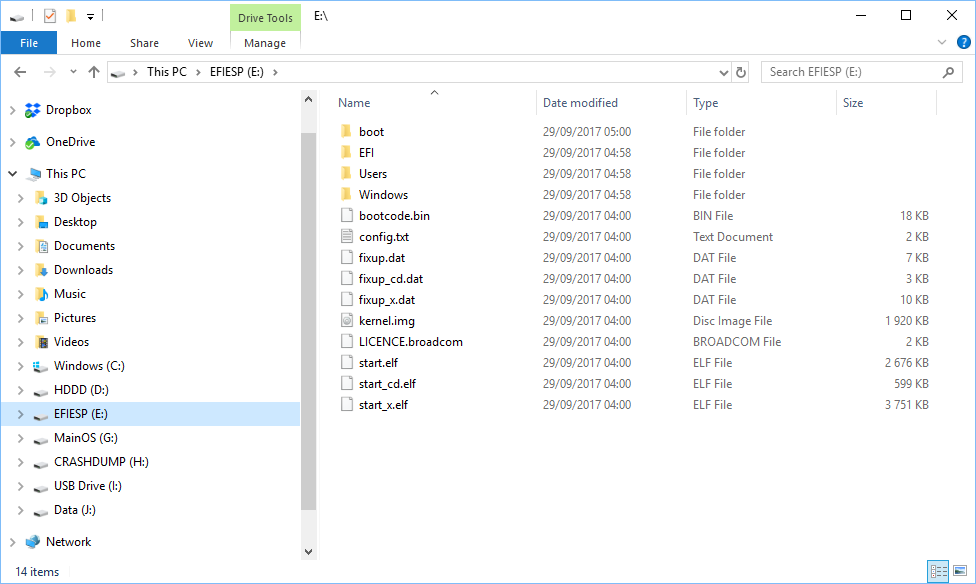 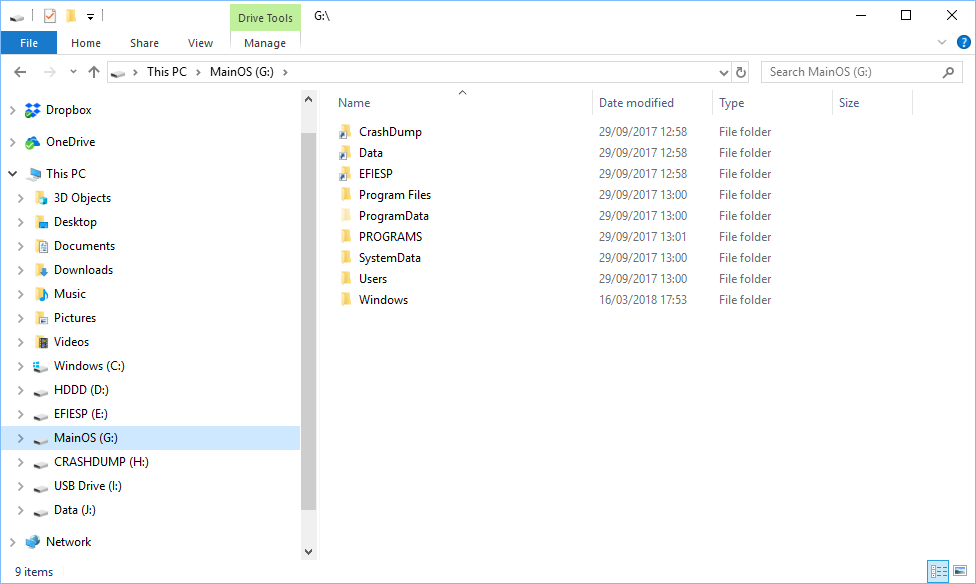 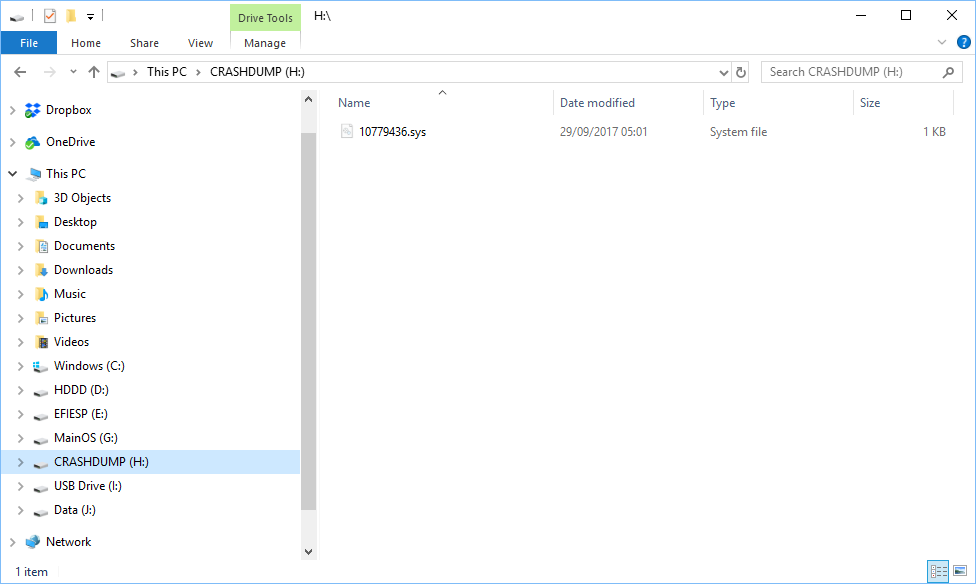 Yet, Windows can not boot. Green LED keeps blinking in series of 7 blinks. No output on HDMI. The only thing I can do now is to build new image from scratch...

So it seems the MBR is getting broken.

I too had been experiencing very regular boot fails after switching the Win IoT off, without shutdown, even when "idle".

Then following the instructions in https://docs.microsoft.com/en-us/windows/iot-core/secure-your-device/unifiedwritefilter

Since installing, I've started turning it off at power, without shutdown to test it and over approx 15 times it has booted back to life each time ok.

I built this image with the latest OS this weekend, sorry not able to check what that was as not near that machine.

This may help others struggling with similar problems - we have made an important observation:

Before flashing a new MMC with IoT Dashboard (OS Build: 16299, Device Type: Raspbery Pi 2 & 3) we were 'cleaning' it with erasing all partitions and creating new Primary Partition formatted as NTFS.

It worked, but crashed easily as mentioned in the question.

We noticed that if we (instead of NTFS) format the card with FAT32 (and then flash image with IoT Dashboard) it works much more stable!

Not sure at this moment, if IoT Dashboard creates all target partitions from scratch or is reusing initial one, but the difference in operation is significant. We even tried cutting power in aforementioned scenario and it really seems to work decently now.

After +200 installations (in 2 years time) of IOT with RPI we had so many problems because of this, we tried everything but still there are devices that won't start after a powerloss or after somebody cutting a networkcable (and so on).

After using the correct SD card, correct formatting, other version of IOT, etc.. there are example where the OS doesn't start anymore (a lot less, but still).

This is so expensive for us we took the drastic solution and move to a simple Linux OS + Python script. This was tested for weeks with a powerloss every 5 minutes, and cutting cables, the OS keeps on booting every time, unable to break it.

To bad for our nice UWP app (gate access), but as a company we can't work like this anymore. No more spending days to go to a customer and break open machines and hardware for hours to replace a stupid SD card.

Not the answer you're looking for? Browse other questions tagged pi-3 windows-iot or ask your own question.