Pi 3 goes to emergency message when trying to boot from pi 2 hard drive, can I make it boot?

I have a raspberry pi 2 which I've had booting off a USB SSD hard drive for some time. Now I have bought a raspberry pi 3 and was hoping that it would be as simple as swapping the hard drive and setting the appropriate cmdline.txt on the SD card of the new raspberry pi. Unfortunately, the pi 3 seems to start the boot process, but ultimately stops and reports a message starting with "Welcome to emergency mode!". The exact message is the same as the one shown in the image at the bottom of this post (but this is just an image from the internet, net what's actually shown on my screen)

Here is exactly what I have done. On the pi 2 I had a large format SD card (which doesn't physically fit in the new pi 3). On this card I have set cmndline.txt to the following:

I have formatted my SSD USB drive and given the root partition the PARTUUID shown in the command line.

fstab on the SSD contains the following:

To move to the pi 3, I have a new SD card with raspbian installed(pi 2 is also running raspbian, this is what is installed on the SSD), but have again edited the cmdline.txt to be the same as on the pi 2. Apart from that I have left everything the same.

In case it is relevant, during boot, I get a message:

This runs for 90 seconds then the boot process continues. Looking through the systemd journal I see an entry like:

There are other errors after this, but I guess this is the root cause? 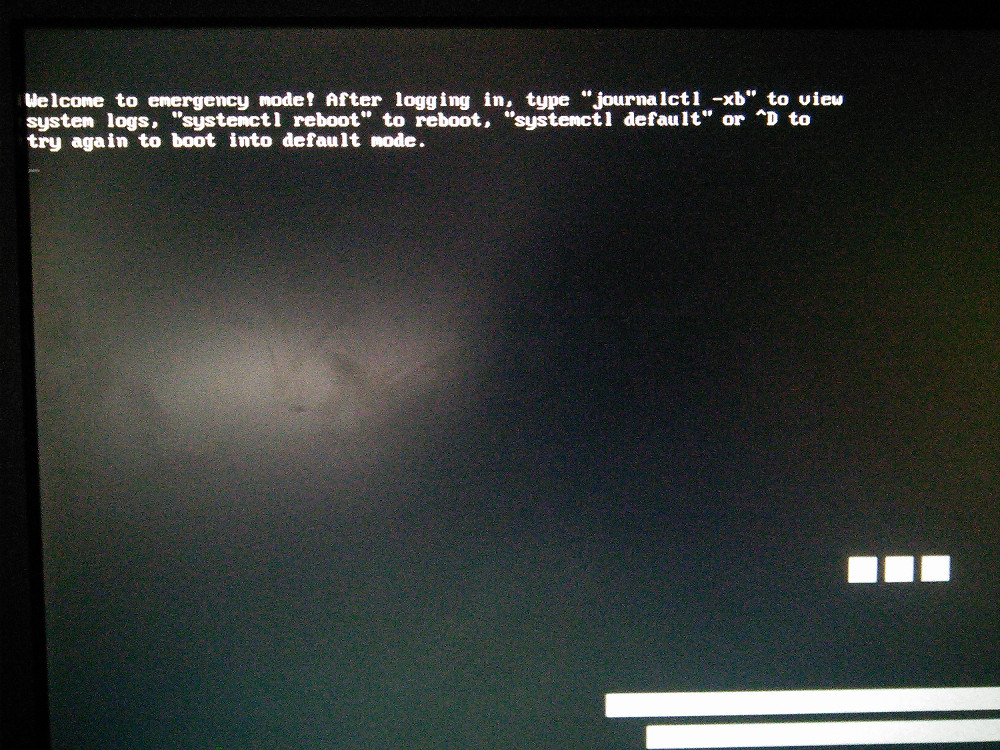 If you have formatted your drive you cannot simply copy the PARTUUID from the old cmdline.txt because it is very likely that PARTUUID has changed because of using disk management tool. You can show the current PARTUUID of a device with command (example my raspi)

But for this you have to mount the drive anywhere. You can attach it to another running linux system and do the command or you can boot your current system with a fresh flashed SD Card with Raspbian Stretch Lite to execute blkid. The shown device names /dev/mmcblk0* depends on which system the drive ist mounted and can show e.g. /dev/sdd* or so.

1
Is it possible to use partition UUID for root-parameter in cmdline.txt?

46
Boot from external USB stick / drive?
0
Rasbmc installed to usb does not boot if another usb-hdd is plugged in
4
Can't boot after adding a third partition to sd card
1
Kernel panic-not syncing: VFS: unable to mount root fs on unknown- block(179,6) running Raspbian NOT on top of NOOBS
3
Pi 4 SSD boot stuck on rainbow screen
1
Why won't Buster Lite boot to anything other than emergency mode on wired Pi Zero when a file system check is done?
1
help with boot failure because of fstab entry
1
Boot from one specific USB hard drive while using the raspi-config boot order set to USB boot first, SD second