How can I use Garage Door Safety Sensors with Raspberry Pi?

I am trying to use garage door safety sensors as a way of counting cars. From my understanding, if there is no object (car) between the sensors, then they output a 3.3V signal every 6 milliseconds. If an object (car) is detected, then they output a close to 0 voltage. Has anyone done this before? Currently, when I use digitalRead(), whether I compare it to LOW or HIGH, it results as true. I had a hard time finding a circuit schematic, but what I have seems to work.

Here is my circuit: 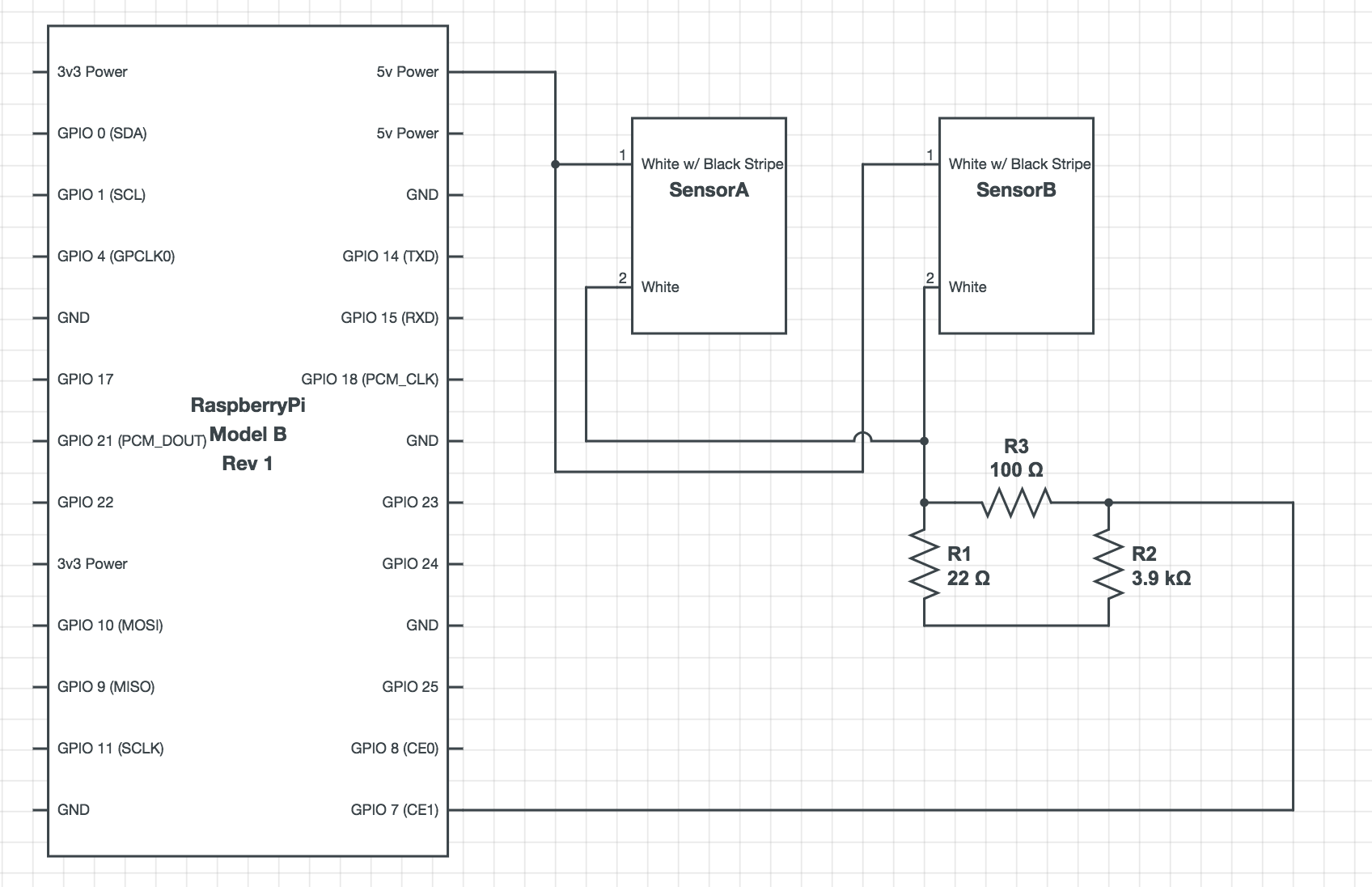 SensorA and SensorB correspond to the two sensors of a garage door safety sensor.

Here is the output of the gpio tested using an oscilloscope, when no object is between the sensors: 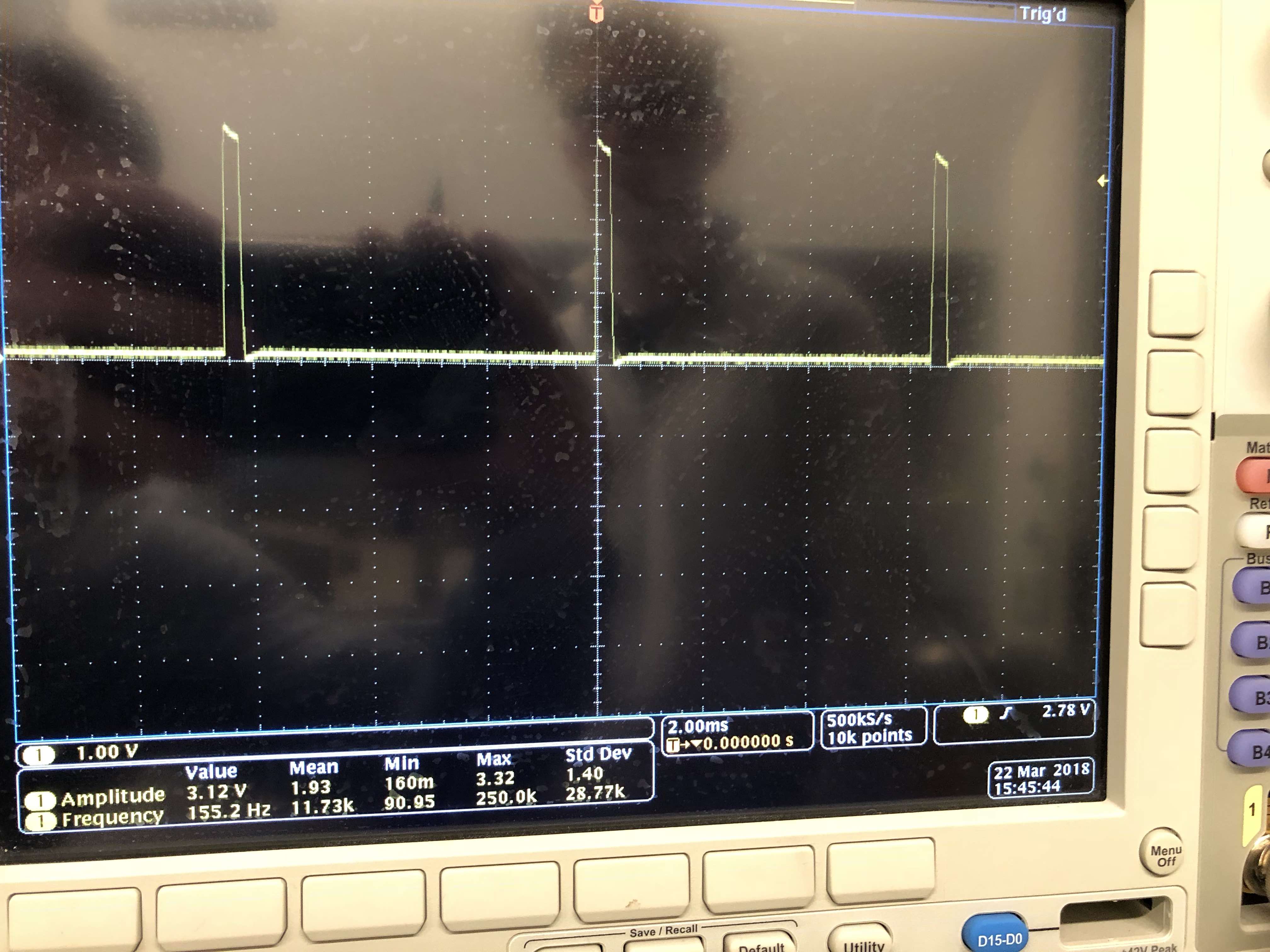 Here is my code:

LOW (when something is between the sensors)

HIGH (when nothing is between the sensors)

A couple of points.

digitalRead(IRSensor == LOW) will evaluate to false as 21 is taken to be true and LOW (0) is taken to be false. False is represented by zero in C so the call reads GPIO 0.

digitalRead(IRSensor == HIGH) will evaluate to true as both 21 and HIGH (1) are taken to be true. True is represented by one in C so the call reads GPIO 1.

I'd probably use an else clause instead of the double test.

The other point is that the signal is brief. You can not guarantee that you will be reading the pulse especially as the reads are only made once per second.

You need to explore the use of interrupts within wiringPi. Get wiringPi to tell you when there is a rising edge. If there has not been a rising edge for more than 6ms that means a car is present.

The following Python script shows the sort of logic you need to implement.

Not the answer you're looking for? Browse other questions tagged gpio sensor raspbian-stretch wiringpi wiring or ask your own question.