I'm trying to essentially build a Raspberry Pi powered pachinko machine, where I need to detect when a magnetic marble falls through a gate/opening/region. Are there any electrical components/breakout boards/ideas I could use to detect such an occurrence? I've been debating on using a Hall Effect Ratiometric sensor paired with an ADC converter and GPIO ports to detect magnetic fluctuation to detect when the marble passes, but I didn't know if there were any better ideas. Maybe some sort of gate that won't mess with the marble's trajectory? A light or motion sensor? Something that can quickly detect the marble's presence?

For reference, here are the magnetic marbles that I'm using. I'm using a Pi Zero too.

A light sensor usually works pretty well when you can illuminate it with a LED and make sure that the passing marble will block that light. 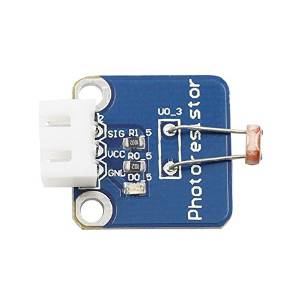 You only need an ADC / comparator when you want to measure / detect a very specific illumination level. If you instead can make sure there's enough illumination difference to toggle between 0 and 1, you can connect it directly to a digital pin.

You don't specify the size of the region through which the marbles pass.

If a Hall effect sensor can be positioned so that a marble always passes within a millimeter or so then it would seem a natural solution. No need for an ADC. The ones I have (OH3144E) default to Vcc and pull to ground when a magnet is close.

Not the answer you're looking for? Browse other questions tagged pi-zero games or ask your own question.

3
Can I do anything with a pre-wired photo resistor and no additional A/D converter?
2
Pi Zero W and Light Sensor with LDR