I have been working on designing an automotive turn signal device to integrate into a prototype device after development. Currently, I am attempting to write Python script which will use it's GPIO output pins to signal the pins of a micro controller, which will, based on input, decide which set of LED's to blink.

As most people know, there are three states in a automotive turn signal device, which I will describe as:

To arrive at my algorithm, I tried to adjust the simple code for a typical blink LED sketch, yet now, I'm using the conditions of two GPIO input pins,GPIO 24 & 25,to determine output in the the loop

I need to loop based on the conditions of two different inputs. Here is the code I am using to try to implement this:

Basically, my solution, or algorithm, to get two different sets of LED's to blink at different times, is to define output based on the current state of two inputs. It be nice if I could do that with one input, but I thought deeply for a while an couldn't see how that could be possible, or at least practical.

I keep getting invalid syntax errors, but I know sometimes Error returns are generic, and don't indicate the actual problem, so it could be the syntax or some of the code itself.

And for some weird reason, when I move my code from laptop to pi, each IDE or editor keeps changing my code!Each one moves else indentation, even though I din't save it that way.

Does anybody know why this isn't working? Thank you.

I'd like to give a huge thanks to Scitronboy and Ghanima to help me edit my code. It works perfectly now. 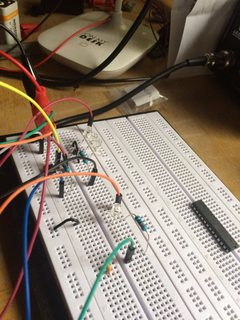 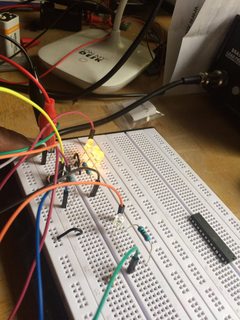 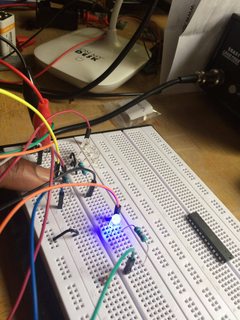 Cool program, however, that is definitely incorrect syntax. You are mixing up your programming languages(python is very different from other languages). This is one way you could get what you want:

Not the answer you're looking for? Browse other questions tagged gpio python or ask your own question.