I am new to Pi development now while working suddenly the cable wires of pin1 (3.3 V) and pin2 (5 V) got in contact for a short time then the Pi shutdown. When I turn it back on, only the LED red is on. The green LED is not, nor is the ACT LED.

I have tried to find a fix but seems that I can't find one—is the Pi dead? 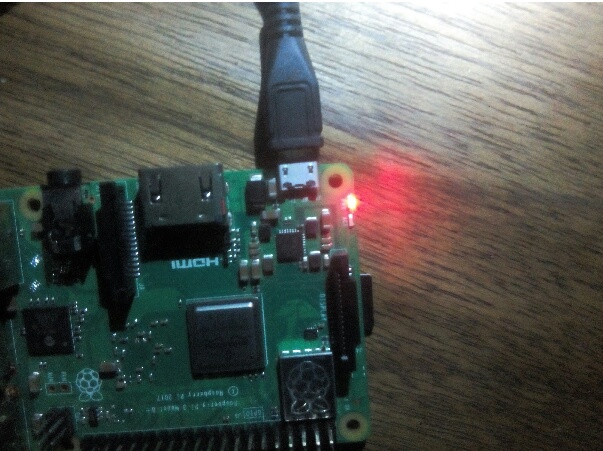 It could be the poly fuse also. I was once wiring up a robot and pretty sure i shorted something out on mine. It just died and never came on.. no lights, nothing. Thought it was dead so i left it unplugged and came back to it acouple days later, thought might as well try it and see what happens. Sure enough i plugged it in and it worked like nothing happened.

So just a thought leave it all unplugged for acouple days and plug it back in and see what happens. For some reason several devices i have, have done something similar to this.

Not the answer you're looking for? Browse other questions tagged rpi.gpio or ask your own question.

2
Write floats to gpio
1
GPIO is not working, 5V working, 3.3 V working, Raspberry Pi B+
1
The Current in mA at 3.3 V When Using the Internal Pull-up Resistors
1
I Cannot Change the State of the GPIO Pins
3
what is the maximum number of GPIO pins i can expand with rpi 3 and how?
0
Powering a raspberry pi from another raspberry pi through gpio over a relatively long distance
0
GPIO does not read 3.3 v input with a resistor
1
How exactly do i make a LED Blink? I tried every possible result
1
Controlling WS2812b LED strip produces inconsistent and uncontrollable output