This is my first Raspberry Pi project. I’m a bit of a noob at the Pi, Python and other types of programming languages, as well as circuits and such. I’m trying to open my sliding gate to the entrance of our house with a Pi, utilising Python.

I have connected the Raspberry Pi3 to my PC via WI-Fi, using the command line over ssh. I have then used jumper wires to connect the Pi’s GPIO pins to the pins on a Arduino Compatible 4 Channel 12V Relay Module. From the Pi to the relay module, I have connected the ground to the ground, 5v to the VCC, and GPIO 17 (BCM) to IN2. On the relay module I have jumper wires connecting from the 2nd channel to the control board of the gate motor at TRG and COM, which I am quite certain are the correct inputs as when I stick the wires in, the gate opens/closes. When I run the code the gate doesn’t open. I am a Python code on the command line, which is to operate a GPIO pin to complete a circuit and open the circuit so that the gate can be opened and closed. I’ll take a picture of the Pi, relay module and gate motor, as well as a picture of the Python code that I am using. I am assuming the Python code is incorrect, or that the Pi cannot give the relay enough power.

Would anybody have any ideas as to how I could make this work? 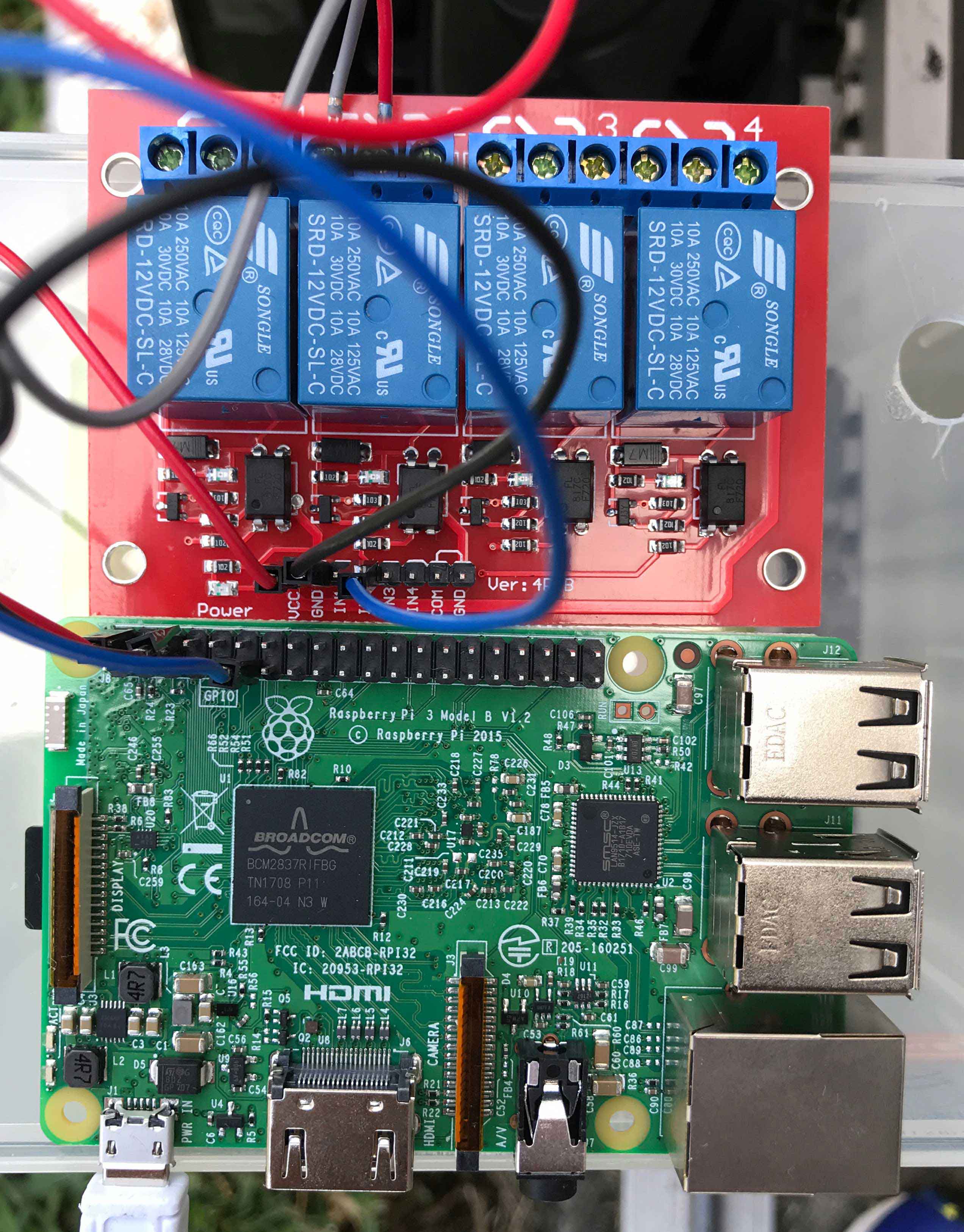 Even if your circuit is nominally producing the right voltage, it could be requiring more current than your setup can supply. For example, if your Raspberry Pi is powered by a USB cable at 500mA, that may not enough to trigger all that circuitry. The fix in that case would be to use a powered USB hub or dedicated power supply for the Pi.

If the blue relays are not switching, then the fix is to replace them with a Raspberry Pi relay such as AdaFruit FeatherWing non-latching relay or Pimoroni Automation Hat. In general, Arduino relays don't work well with Raspberry Pi. When my code doesn't work, I double check with a multimeter.

Thanks for all the help. After investigating, it was indeed a problem with the voltages. I obtained a 5V Arduino single channel relay module instead of the 12V and maintained a very similar configuration of wires and it now works. Also the code did not seem to work, but now after changing it, it works perfectly.

Not the answer you're looking for? Browse other questions tagged pi-3 gpio python rpi.gpio relay or ask your own question.

0
Dual Channel Relay Python Script
0
How can I put GPIO.HIGH in a variable
6
relay module led turn on but not working
0
Help needed with GPIO and a remote controlled gate relay switch
1
I think I fried my Raspberry Pi, but I'm not sure
0
Using GPIO to control 5v relay module not working