Make a Fallout Pipboy from an Rpi [closed]

Want to improve this question? Update the question so it focuses on one problem only by editing this post.

I want to make a modern Pipboy from the Fallout series. But I want to run a Windows OS or Android OS with camera, Bluetooth, gyro, GPS, and SIM card and with a lot of programmable buttons and LEDs. I've never used a RPi so I don't know if it can do all the things that I need.

Buy yourself a smartphone, you'll get "Android OS with camera, Bluetooth, gyro, GPS, and SIM card and with a lot of programmable buttons and LEDs" -- all already included, working and with plenty of documentation and development environments available.

I want to run a Windows OS or Android OS

Unfortunately, this is not possible. Windows just isn't supported at all on the Pi (only a lesser version called Windows 10 IoT Core, which isn't much like the regular Windows). Android is equally problematic; while there are ways to install it, it is noted that:

No version of Android is officially compatible with the raspberry pi and therefore the version we will install is not optimized for our dear motherboard. It is therefore difficult today to use Android on a daily basis on its raspberry pi [sic] even if the installation we are going to present turns relatively well.

By far the most supported operating systems on the Pi are Linux-based (generally Raspbian is the best bet).

There are HATs for things like 4G, GPS, power and there is the Pi Camera Module which might be useful. That said, it may not necessarily be easy to bundle all of that into a convenient package; I would imagine the end product would be a bit heavy and bulky.

If you want some inspiration, take a look at Project ZeroPhone, where someone made a phone out of a Pi Zero. However, it was only connected to the 2G network, so probably can't rival modern smartphones.

You can't run a traditional Windows OS or a usable Android OS on the Pi.

You can run something called Windows IOT which is not a desktop system.

Note: I don't disagree with other answers, but I think it's a shame no one on raspi.se has attempted to address how you could use a Raspberry Pi to achieve your desired results.

Although it doesn't meet all of your requirements, Adafruit has a guide for creating a Pip-Boy using a Raspberry Pi. The Pi uses an LCD screen and a Li-Ion battery and runs a pretty cool Pip-Boy interface (that is unfortunately written in Python 2). This was written a while ago and emulates the Pip-Boy 3000 (not Mark IV) from Fallout 3/New Vegas. This has the notable advantage of not requiring you to place your phone inside a carrier as well as having a hardware dial to switch screens (more realistic).

However, be warned that only one hardware dial is actually wired to the Pi and does anything and there is only one LED that simply lights when the device is powered on (although, I believe that is true to the Pip-Boy). Unfortunately creating a fully realistic Pip Boy with all the working knobs and dials would be prohibitively expensive for even the most enthusiastic of fans.

Here's a picture of the finished product. 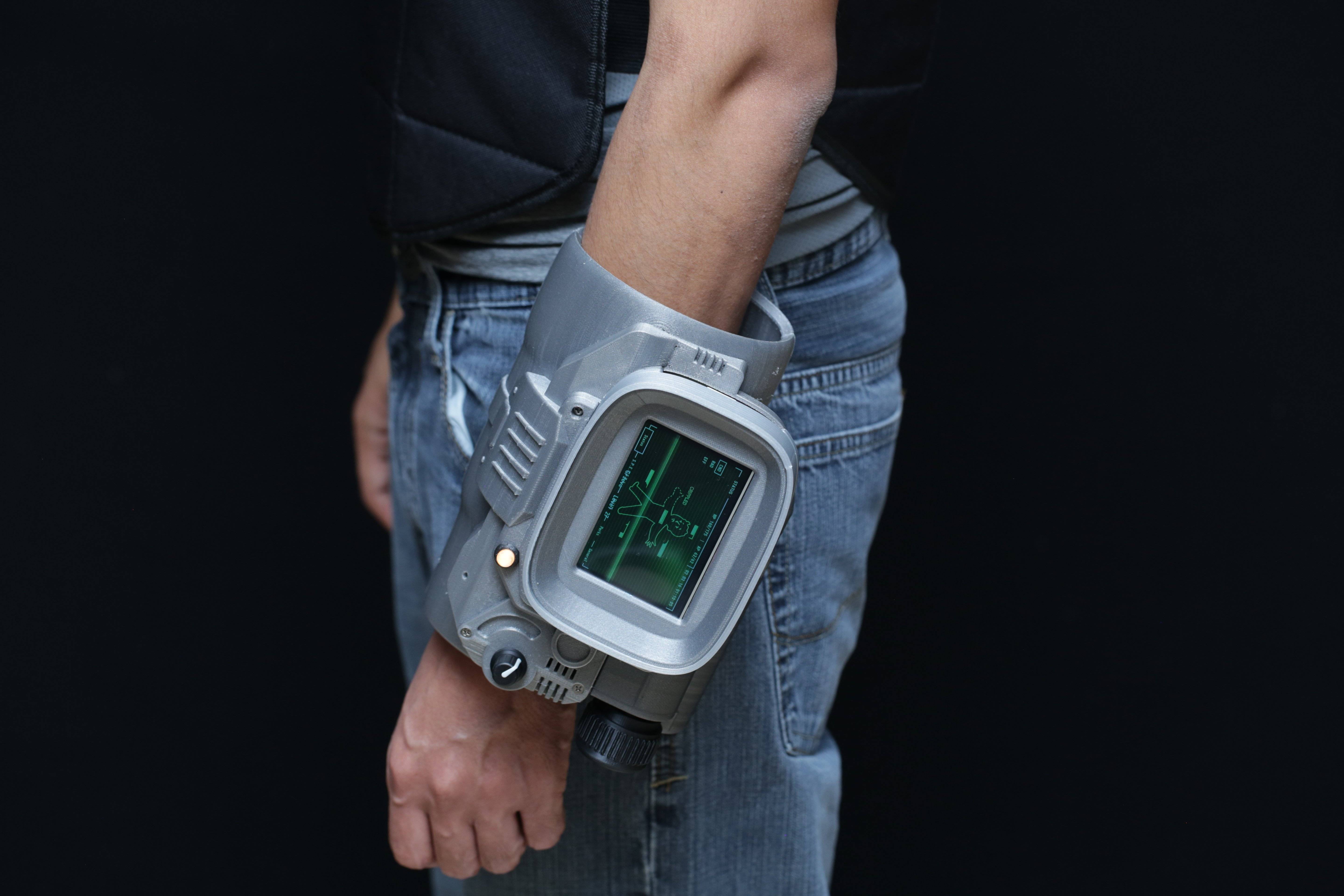 Not the answer you're looking for? Browse other questions tagged operating-systems or ask your own question.

1
Sandisk Extreme Class 10 SD Stopped working?
3
Make a read-only OS image from working installation
6
OS from scratch on the Pi 2?
0
Booting from a USB
2
Minimal SD card firmware with OS so that I can run my own custom OS
3
How to build my very own device tree (and if I need to)
3
How to make an image file from scratch
2
bootcode.bin RPi 3
1
Booting from network and installing os