Setting up time on Raspberry Pi with Ubuntu LTS 18.04

It seems I am unable to set up permanent time on my Raspberry Pi 3 with Ubuntu LTS. I tried:

And I also tried using the date command, but after reboot, the time resets. What could be the cause of that?

My Raspberry Pi is offline so I cannot use an NTP server to synchronise.

The Pi doesn't have a hardware clock, so any time you set will not be persisted on reboot. Instead, the system might reset to a default (possibly Unix timestamp 0, i.e. 1970-01-01) when it reboots because it has no way to know the actual time.

There are a few ways to work around the fact that there's no hardware real-time clock (RTC) built in to the Pi:

Realistically if you need permanent time, you're going to have to buy a real-time clock, otherwise you'll need to set the time on every restart.

You said your pi is "offline"- which could mean it's just firewalled from the Internet but otherwise connected to at least a local network.

I proxy NTP access to my devices via the router. Let me explain:

Such a config allows the Pi's to keep correct time while ring-fenced from the 'Net. This is also more bandwidth efficient than have a gazillion things querying external NTP servers on the 'Net. 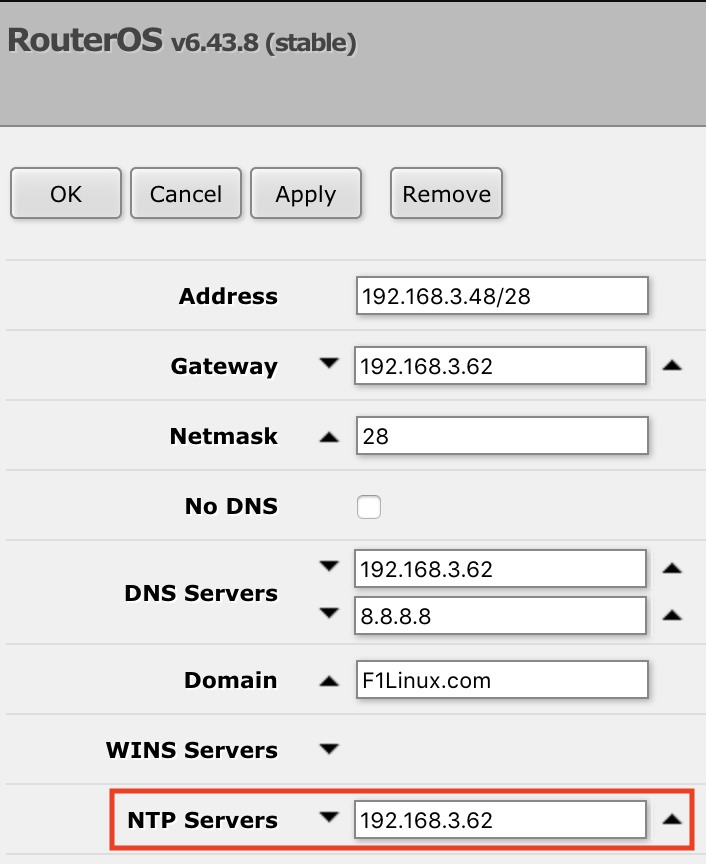 Inside the Pi the file storing our NTP server config is found here:

When we open the file, we see the NTP server is the Router's interface for the Pi's subnet:

So Pi gets correct time without talking on the Internet.

Not the answer you're looking for? Browse other questions tagged pi-3 ubuntu timekeeping or ask your own question.