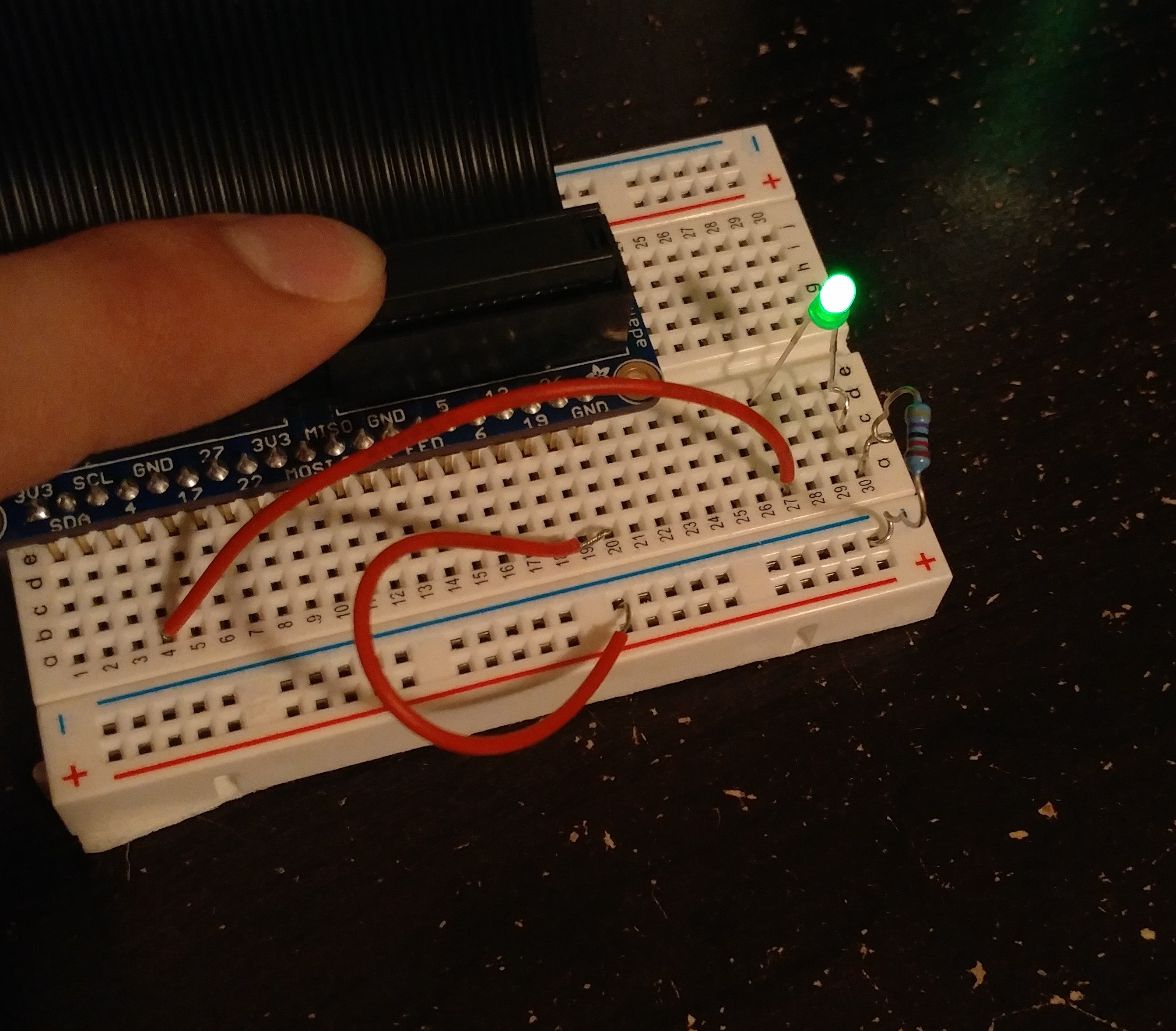 I have an rpi 3, and I've recently started experimenting with the GPIO side of things. I'm new to electronics in general, although I do computer programming regularly.

I've mostly followed instructions in this video tutorial as far as enabling I2C/SPI. The same code is essentially used, which I'll post here (though it's minorly tweaked):

The code runs without exception from Python, but the LED never switches off. In fact, simply making the connections via the wires makes the LED turn on and stay on. It makes me think that either my wiring connections are wrong, or my understanding of how GPIO works is flawed (which it may; again, I'm new to this). I'd be grateful if anyone has any guidance on how to go about troubleshooting this, or if my understanding of how to do this seemingly simple task is missing something. I can provide more information if needed.

Wiring my LED to the GPIO pins turns the LED on. Why is this? No code I run on the RPI seems to affect the LED or power output from the GPIO. Is this expected? That GPIO will always just be sending power through?

It is most likely you have the cable inserted incorrectly, but this is not shown. (This would connect the LED between 5V and Gnd.)

Run gpio readall which will display the state of the GPIO pins.

A 47kÎ© resistor would result in a current of ~50ÂµA which would be invisible, but the image is too dark to tell what it is.

It is unclear what you have done to "I2C/SPI" or WHY.

Not the answer you're looking for? Browse other questions tagged pi-3 gpio rpi.gpio or ask your own question.