I am new to the Raspberry Pi, so sorry if I am missing something obvious here. I was about to install something, so I typed in sudo apt-get update, sudo-apt get upgrade and then sudo reboot. While it was in the process of booting into the desktop (which is the default on my Pi), it was displaying the boot info (is that what the text appearing on the screen is called?) and for many of the items it said "failed". Then, it stopped scrolling through the text and showed a blinking cursor. I am unable to type anything in to the terminal, access it via SSH, or do anything like that at all. What can I do for it to boot to the desktop? Would it work to just unplug the Pi? I'd rather not do that though, if it's not necessary, or if it won't work. I read some similar questions which said that this may be due to an unreliable power supply, but I have a Raspberry Pi specific power supply that meets the voltage and current requirements. I have never had this issue in the few months that I have had my Pi. By the way, it's a Raspberry Pi 3B+ running Raspbian (Stretch, I'm pretty sure). 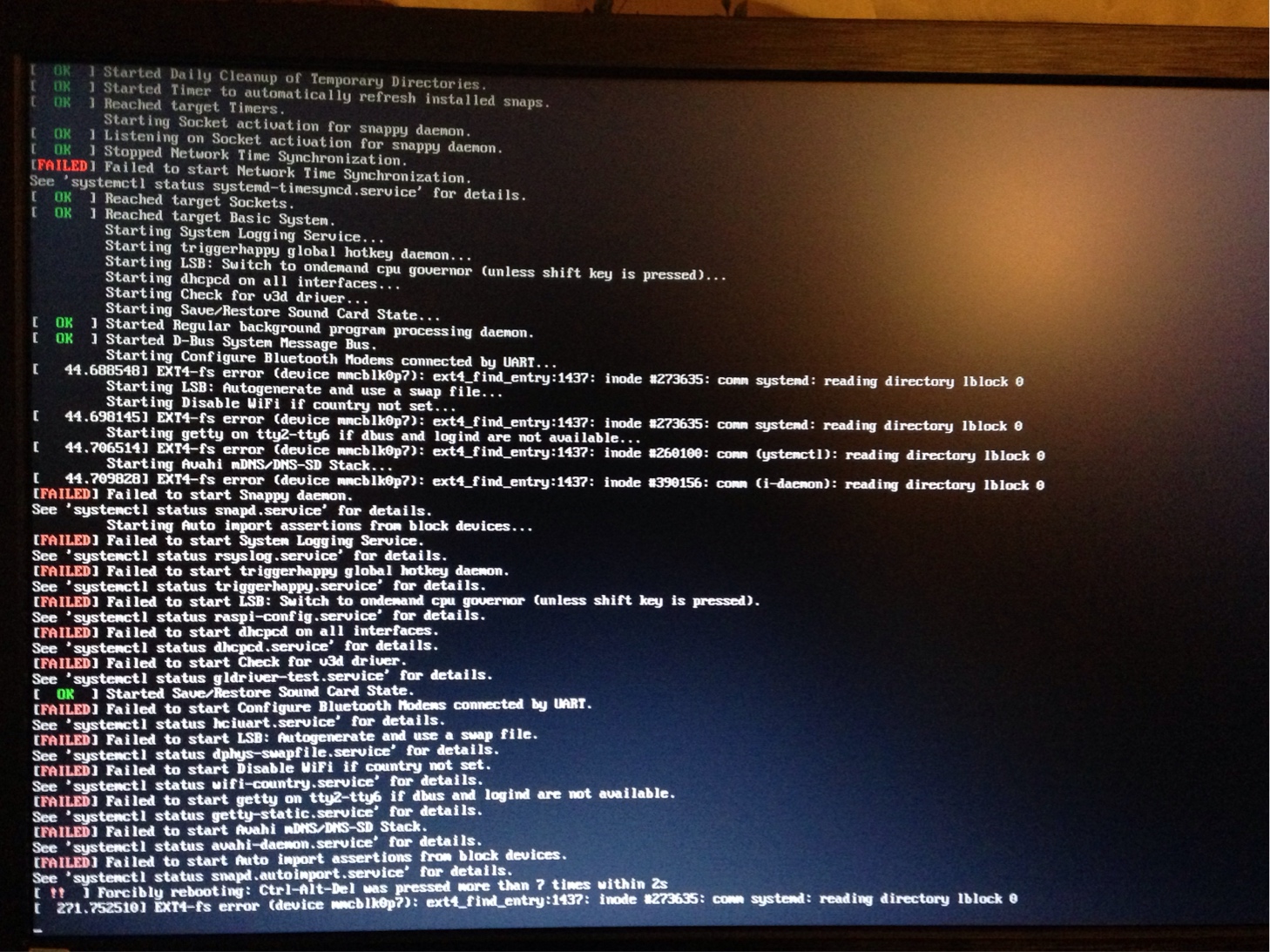 the boot info screen that it is stuck on, but not quite frozen on since the cursor is blinking

I would take a picture of my Pi, but its case kind of blocks the lights, so it wouldn't be helpful Anyway, the red light is constantly on and the green is blinking.

Thanks in advance for any help.

Looks like a corrupted or failed SD card, there are a lot of filesystem errors in those boot messages. Reinstalling Raspbian on a new SD card should work.

Not the answer you're looking for? Browse other questions tagged raspbian pi-3 boot raspbian-stretch or ask your own question.