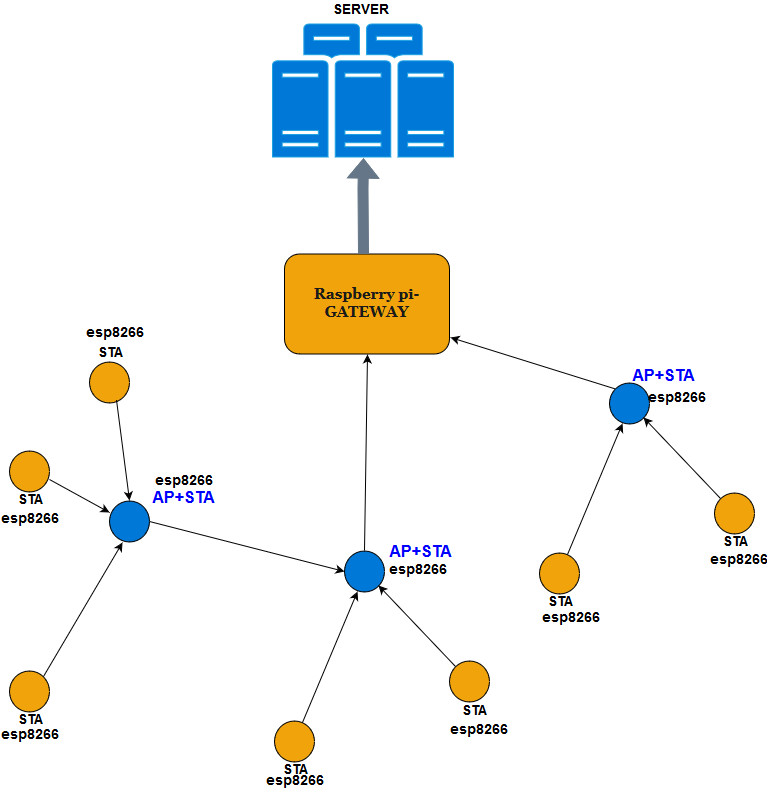 i just wanna make a system in which

Raspberry pi is in AP+STA mode and ESP8266 is in STA mode. then we have to connect to Rpi's ACCESS POINT using mobile to tell raspberry pi to connect to specifi wifi by writing a SSID and PASSWORD of any wifi router on web page that is running on Pi's access point i will do this later as it is possible.

Now the BIG THING that i want to achive:

i want to make raspberry Pi work in both mode AP+STA simultaneously.

esp8266 connects to the Rpi's access point and send sensor data to raspberry pi without internet over TCP communication between them. and raspberry pi connected to home router in STA mode, sending this data to server or MQTT. can we achive this by RASPBERRY pi?

Browse other questions tagged pi-zero or ask your own question.