I have used motioneyeos in the past to implement a motion capture video recording system on a raspberry pi, right out of the "box". It was nice in that it could do motion detection, video recording, and a live http webcam server simultaneously. However, the motion detection wasn't quite good enough for my situation (I was getting tons of false alarms), so I decided to take a stab at my own motion detection algorithms that are custom tailored to my environment.

I managed to use videoci to stream raw RGB pixel buffers from the camera into C code so I could develop my motion detection algorithm. I then called 'raspivid' directly to record mp4 video clips from the camera. Finally, I got 'uv4l' working which allowed a live http webcam server.

The problem is that I can only do one of these tasks at a time. It seems there is a resource sharing problem once the camera is activated.

Is there a way to allow these tasks to be run simultaneously? If not, is there a better approach that would make it possible? I'd prefer to keep my algorithm in C/C++, if possible.

Check if you have v4l2loopback kernel module (if not, build it from sources). Then feed the video from the actual camera into the loopback device (using Gstreamer, FFmpeg, etc.), and read it back in the applications you intended to run simultaneously. Here's a sample script providing handy wrapper functions. Then you could do something like this: 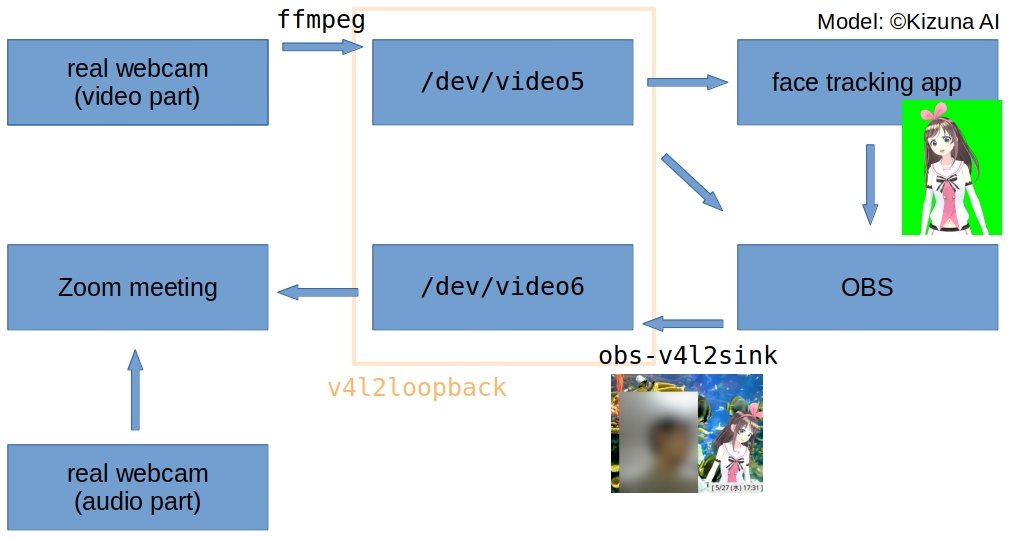 Not the answer you're looking for? Browse other questions tagged raspicam or ask your own question.