Having some trouble identifying GPIO pins

Okay, some quick background first, I just managed to install Raspbian on a Raspberry Pi 3B+, and I started to try to do some projects. I started off with just writing python, which I'm happy to say that I have a very basic understanding of now. After a few hours of programming, I had decided to try and start off with a physical project. I bought a Freenove pi ultimate starter kit and got straight to work. I connected my breadboard with some wires, LED, resistors, the good stuff, but at the last minute, I had trouble decided which GPIO pins were which. I looked up a picture online, but I didn't know if my Raspberry Pi was facing the wrong way, or which was was in or out. I know this is a really basic question, but I don't want to risk breaking my Pi for something stupid like this. Is there an easy way of knowing what GPIO pin is which?

Update: Thank you so much! I've started making some circuits and all of your answers have helped!

go through https://www.raspberrypi.org/documentation/hardware/raspberrypi/ you will get all help documents including schematics. Best way is type "pinout" in command prompt you will get pin configuration according to version of your raspberrypi.

I always use the pinout website - its interactive and the best I have come across:

The image represents the circuit board and the edge between the mounting holes. 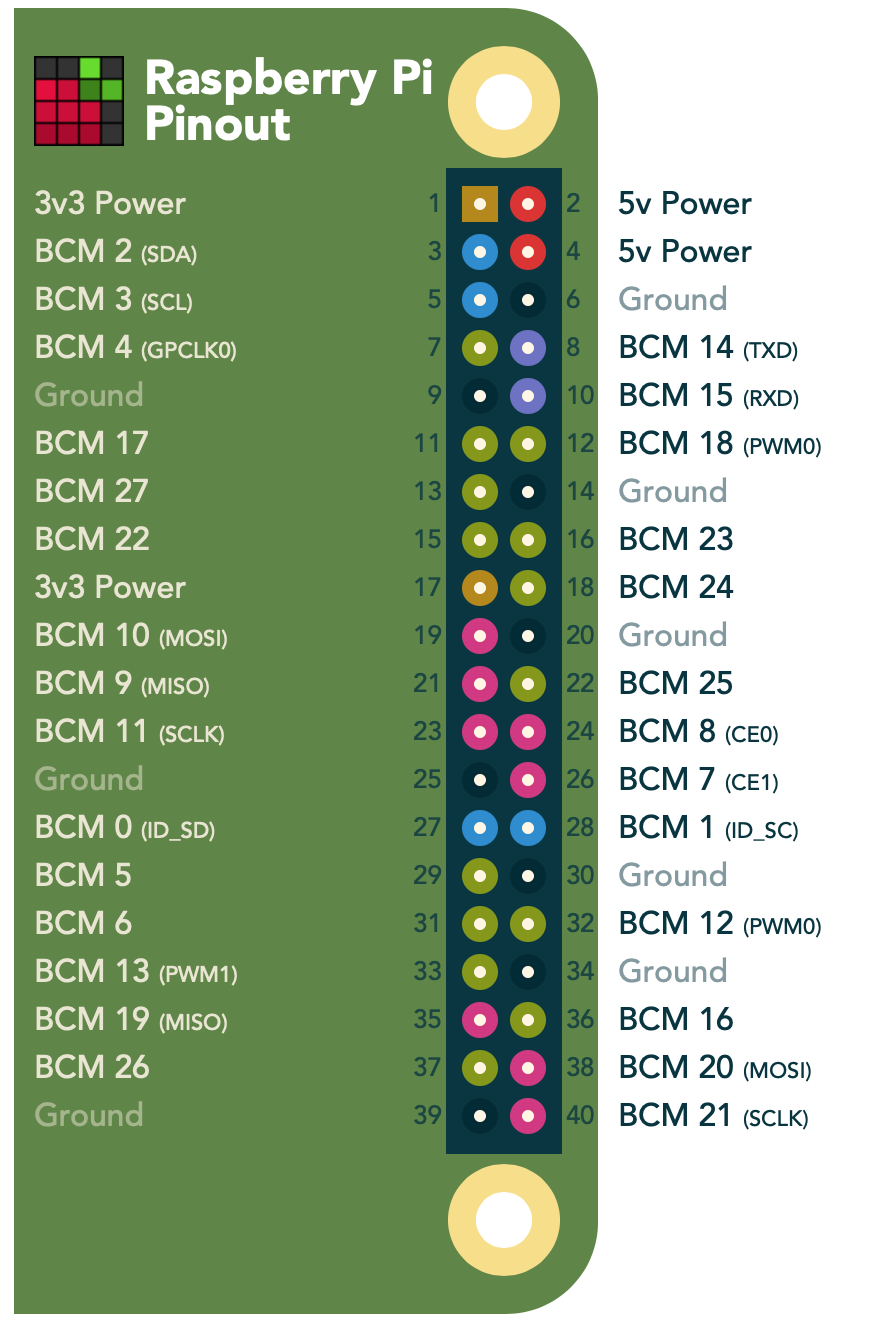 Run pinout at a command line and you'll see a pinout for your Raspberry Pi model. https://gpiozero.readthedocs.io/en/stable/cli_tools.html

Not the answer you're looking for? Browse other questions tagged raspbian gpio pi-3b+ or ask your own question.

1
What are the Ground power ratings? - Connecting ground with motor controller
2
How do I get simple lighting inside a case for my Raspberry Pi?
1
Can I use GPIO to close a circuit on a RC sender PCB?
1
16 channel relay for RPi
3
Why are some GPIO pins not available?
1
Having trouble installing Raspbian
1
Raspberry Pi + MOSFET + NPN Transistor + 24V Solenoid (circuit gets hot!)
0
help reconstructing blinking LED circuit that required GPIO #17 pin low rather than high