I want to build a circuit, that is a Raspberry Pi Zero W, powering 8 Adafruit Alphanumeric displays (or even more).

The Raspberry Pi Zero W, should in theory is meant to be able to provide 50mA, but independent testing proves that it can potentially run up to 800mA source.

I have successfully run 2 of these devices off a pi, but when I add a third, I can start to see some power drain.

Therefore I am trying to figure out how to power the i2c displays, while still controlling them with the Raspberry Pi Zero W.

I purchased myself a 5v wall wart, with a 3A current rating, which in theory should be enough to power all the things I have. The people I purchased the device off sold me a 5v to 3.3v step down module, which was used in a personal project by the salesman to achieve something similar. 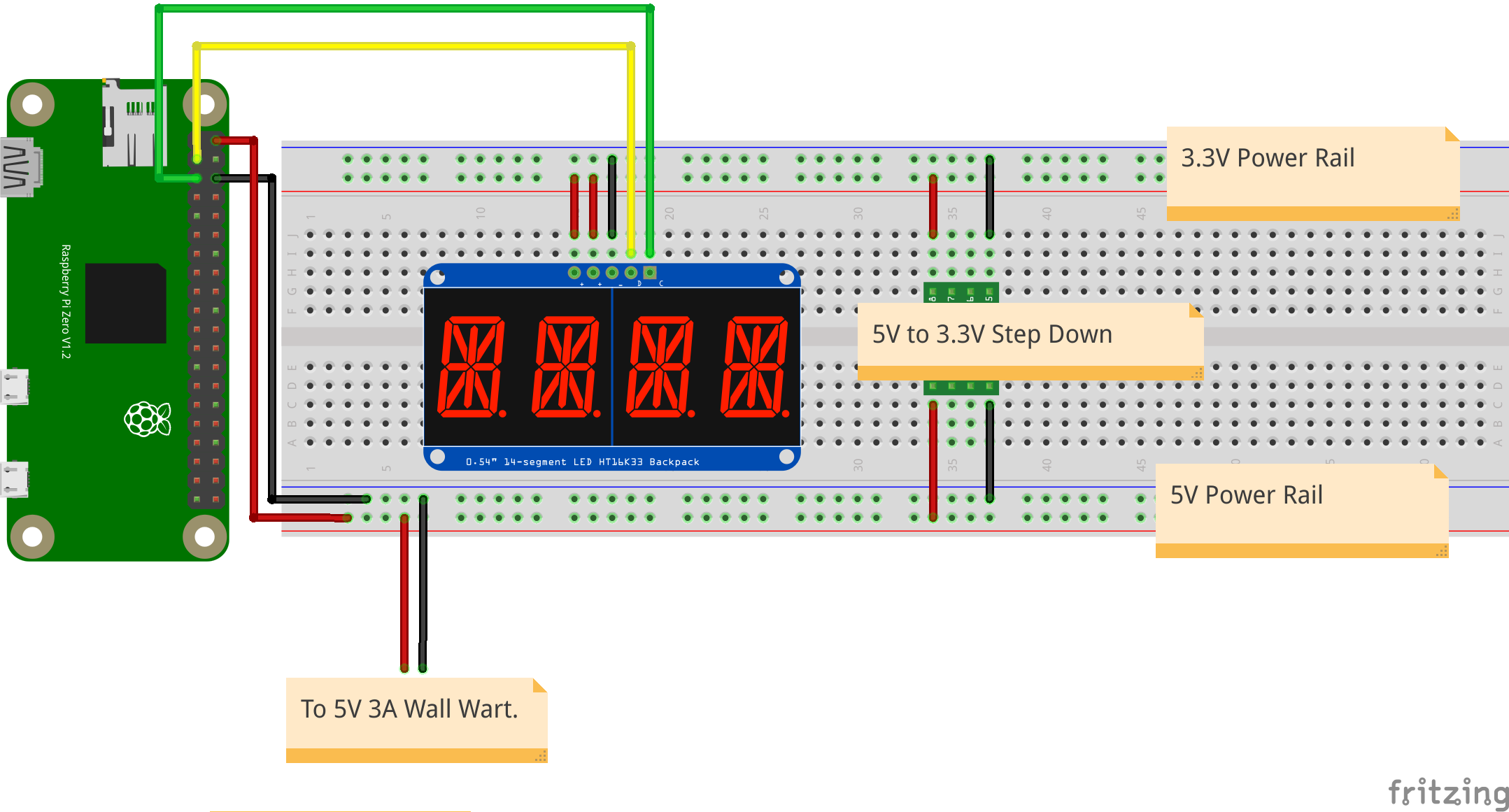 The rasberry pi boots up, but is not able to find the i2c device.

If I run a ground cable from the Raspberry Pi Zero W to the 3.3v ground, the i2C becomes visible, but there is a voltage drop on the rail to the i2c device. Here is a diagram: 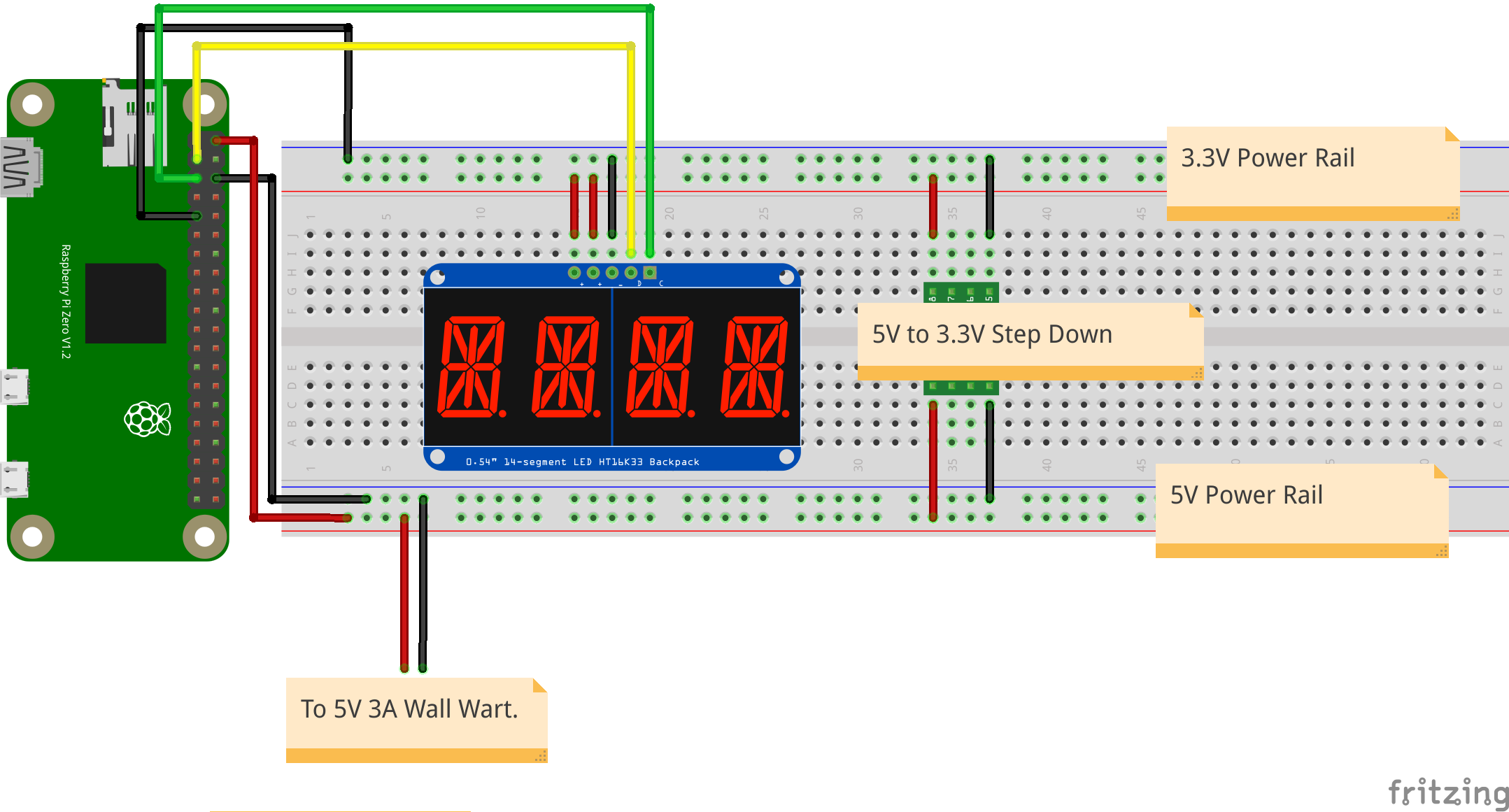 I am not 100% sure what I'm missing here, I am making the assumption that the grounds isn't properly shared in the first diagram and is not able to communicate correctly with the Raspberry pi. I'm basing this off the fact that in the second diagram it's able to detect it.

Your question is unclear, and so is the wiring. One can only guess from the colours what is supposed to be what.

You appear to be trying to power the Pi through connections to the µUSB port pins!

I would STRONGLY advise you NOT to do this. If you want to power the Pi this way connect to pins 2 (+5V) and 6 (Gnd), although you would be better to power through the µUSB port and route the 5V TO the breadboard.

PS Whatever you do DO NOT attempt to supply power to the Pi 3.3V pins. You will destroy the Pi!

When I first ran this test I was using a raspberry pi 3 B+, but when I rewired it to match the first diagram in the question, it actually worked (without having to bridge the negatives).

My theory is that either:

I think the second issue was the one that was more likely.

Not the answer you're looking for? Browse other questions tagged display i2c pi-zero adafruit or ask your own question.