I am close to completing a device which will have a 16x32 led matrix as well as quite a few lights/buttons/sensors. All these lights and sensors go through an MCP23017.

I am using the Adafruit led matrix from here: https://learn.adafruit.com/connecting-a-16x32-rgb-led-matrix-panel-to-a-raspberry-pi/wiring-the-display

Right now I get both devices (the LED matrix and everything that goes through the MCP23017) to work perfectly when hooked up directly to my raspberry pi. However, I cannot figure out how to use the SDA/SCL for both. I am a novice when it comes to circuitry so I am worried I may be doing something wrong. Because it is a lot going on I have attached some pictures. 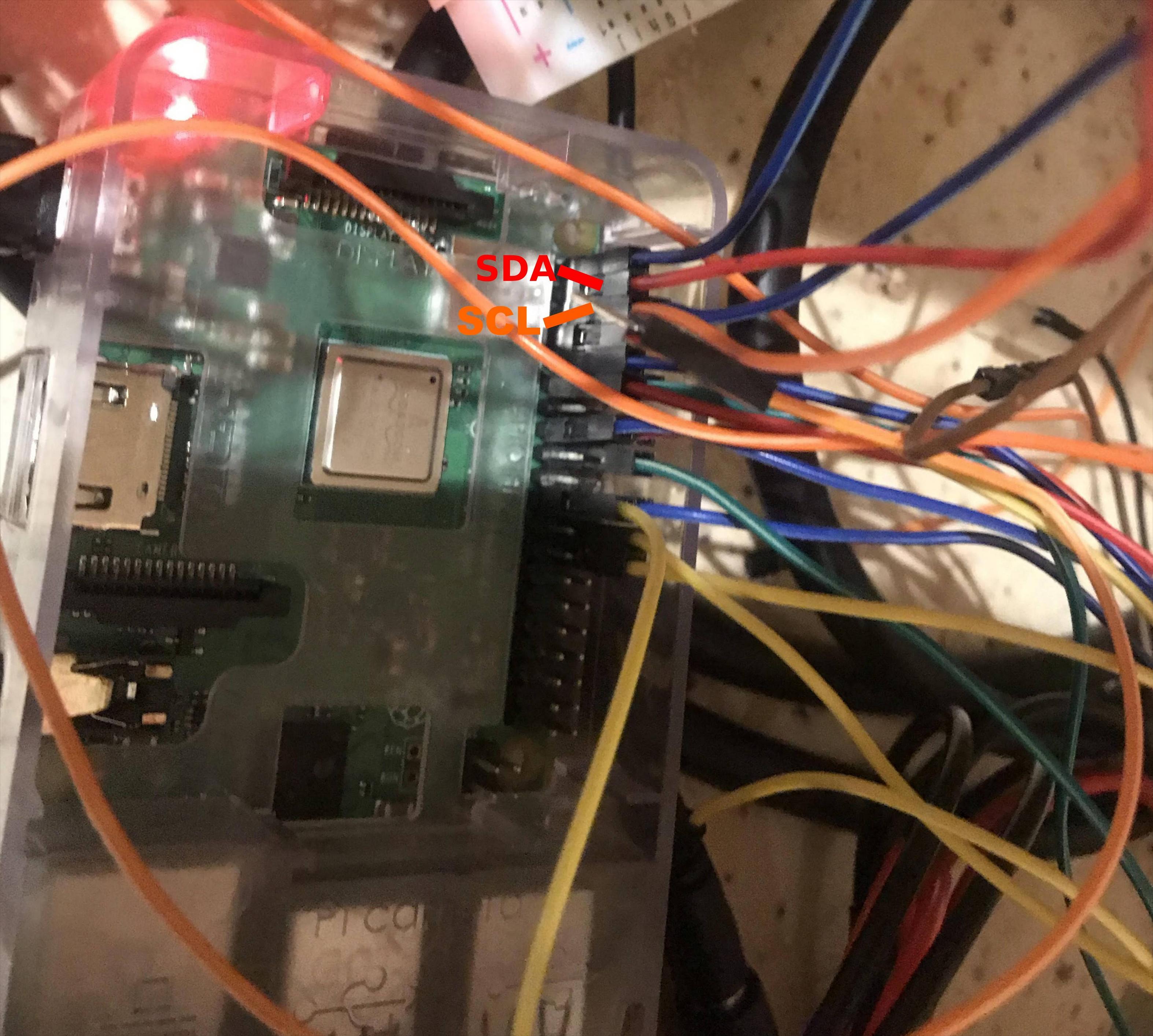 There are a lot of wires but just including to show the SDA and SCL coming out of the pi. Other than the ground and power which go to the breadboard with the MCP, the rest of the cables go directly to the MCP. 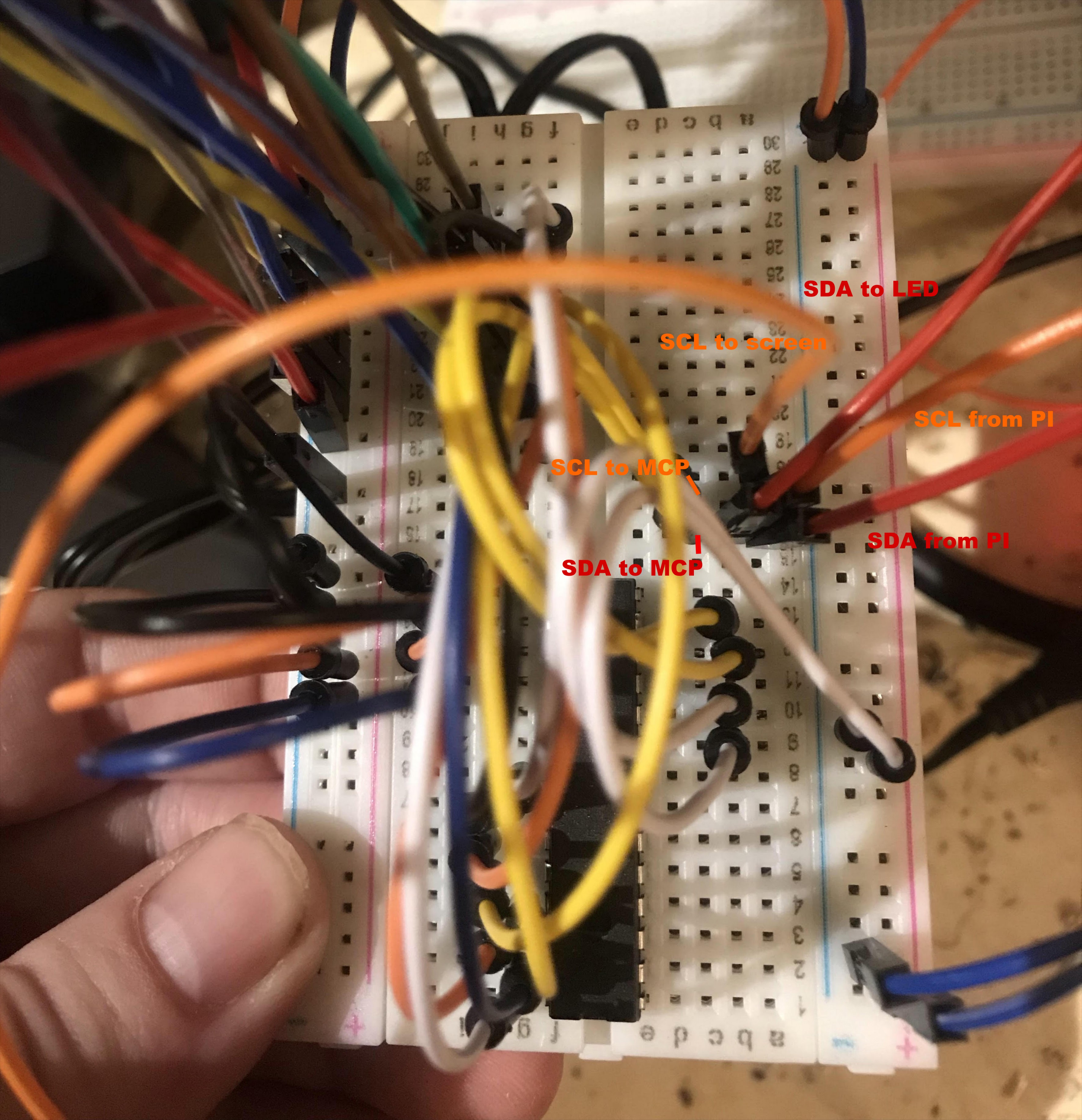 This is the most important picture. When I have it set up like this the 16x32 LED matrix works perfectly. If I remove the two wires that say SDA/SCL to screen/matrix then the MCP works perfectly. However, when those wires are in the MCP does not work and is not detected when I run i2c detect in the terminal. 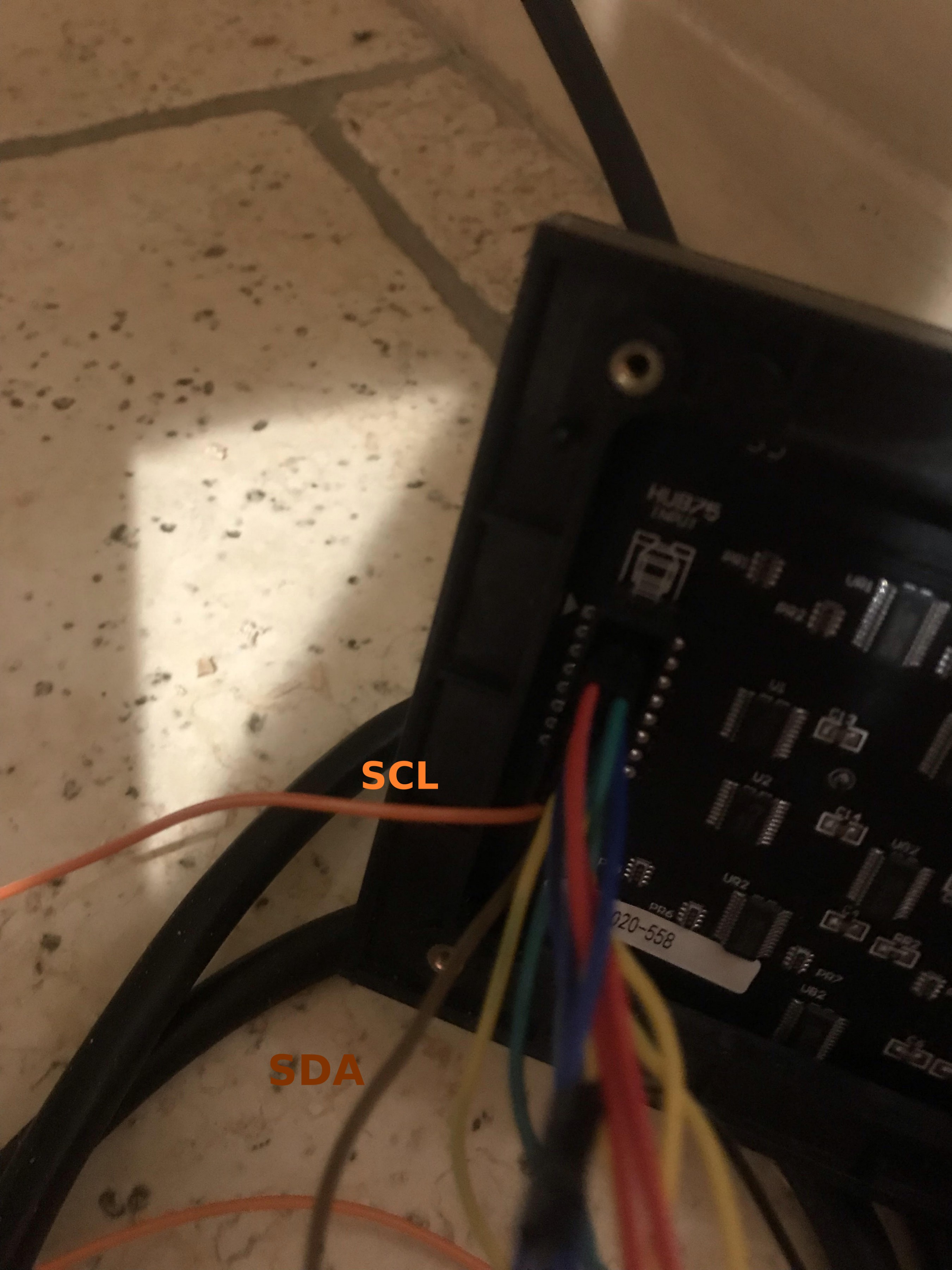 Just included this if needed. The back of the screen. The wires from the board actually go to a separate breadboard where I use a resistor to help get a clear signal. How do I wire up the screen and the MCP, which both need SDA/SCL, with a single SDA/SCL output from the raspberry pi?

Browse other questions tagged gpio i2c wiring breadboard or ask your own question.