This worked on the 55 MB only: How can I reformat my SD card to use it normally again?

But let's presume you formatted the card to use a Raspberry Pi-centric distribution such as Raspbian. This creates two partitions on the card.

The first one is a small (~55 MB) VFAT partition from which the OS kernel is booted.

The second one is a much bigger (probably ~2 GB) ext4 partition containing the root filesystem; it is mounted by the kernel.

Presuming further: You've stuck the card in a Windows machine, and guess what? Windows CANNOT SEE THE SECOND PARTITION, leading you to believe that there's just the one 55 MB VFAT partition.

If you just want to reformat the card for whatever use, reformat it and erase everything on it. If you intend to keep for use on the Raspberry Pi, don't bother growing the VFAT partition -- it isn't good for much after boot and making it bigger won't make the root filesystem bigger.

If you want to grow the root filesystem, you can google, or ask specifically, because that question has been answered quite a few times.

There are some specific tools for SD cards only but I like to use EaseUS Partition Tool which is free for Windows users. It will not work on Server Editions.

You should take care to select your SD card from the list of devices as this tool will list all your drives. This shows how to resize a parition. 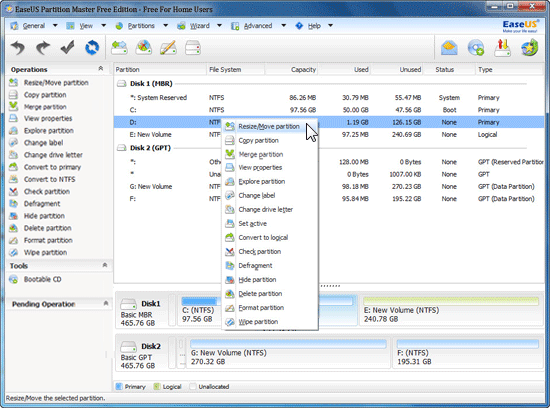 If, however in the list you see your card listed as 55mb in total size and have no option to remove or expand it more that means the SD card is broken. There is no way to fix it and happens sometimes. Something fried the controller so you will need a new one or send that one off on warranty.

This is my 4GB Rasbpian SD card. I used Windows management tools. Yes it shows it but it wont let you do anything to the partitions just in case ... you delete it or Windows corrupts something (Because it does not support that file system)

EaseUS partition master shows a much better list and understands that file systems used. Right click and delete the partitions. You can create new partitions too and apply everything and you will have the whole SD card back to use in Windows or if you want to burn another image to the card. 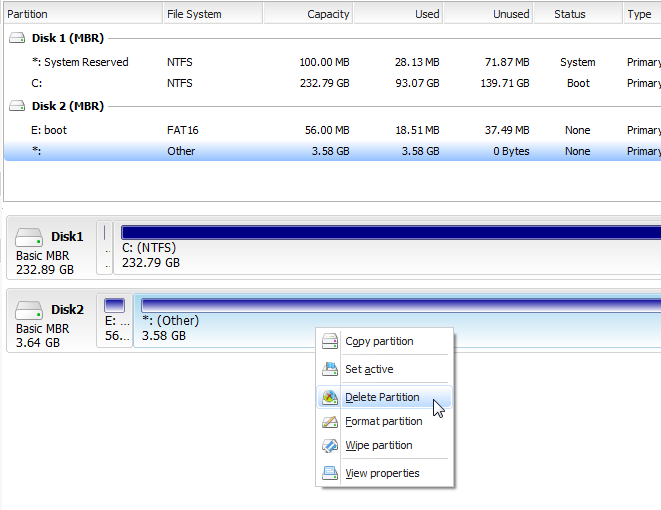 Here I have deleted the partitions. Right clicked ans said create new partition. There is a whole list of file system types. I did not click apply so no operation has been done yet. 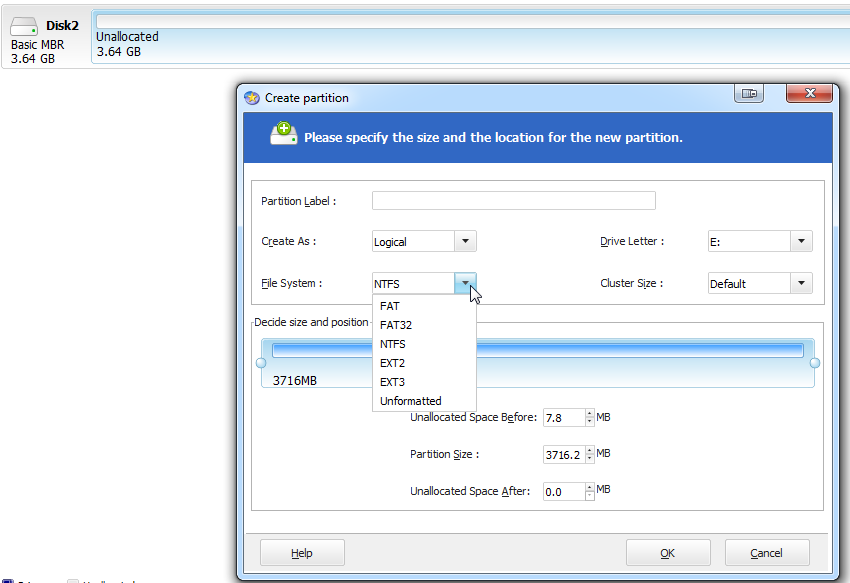 135
How can I reformat my SD card to use it normally again?

135
How can I reformat my SD card to use it normally again?
3
RPi doesn't work after formatting SD card
7
How can a read-only SD card get corrupted repeatedly?
1
Use SD Card Copier to create backup to USB, then copy back to SD card?
0
SD card broken readonly switch, now I broke /boot, no USB keyboard in initramfs. Any way to write to card?