Installing scipy on python 3.7 with raspbian

I followed the guides for installing python 3.7 and the installation went without issue, and code I write can run just fine. Installing other modules like numpy and matplotlib doesn't result in any errors, but when I try scipy, I can't get it to install no matter what I do. I'm using pip by typing the command python3.7 -m pip install --user scipy, which I used for the other modules. This is what it ends with when I try the above command: 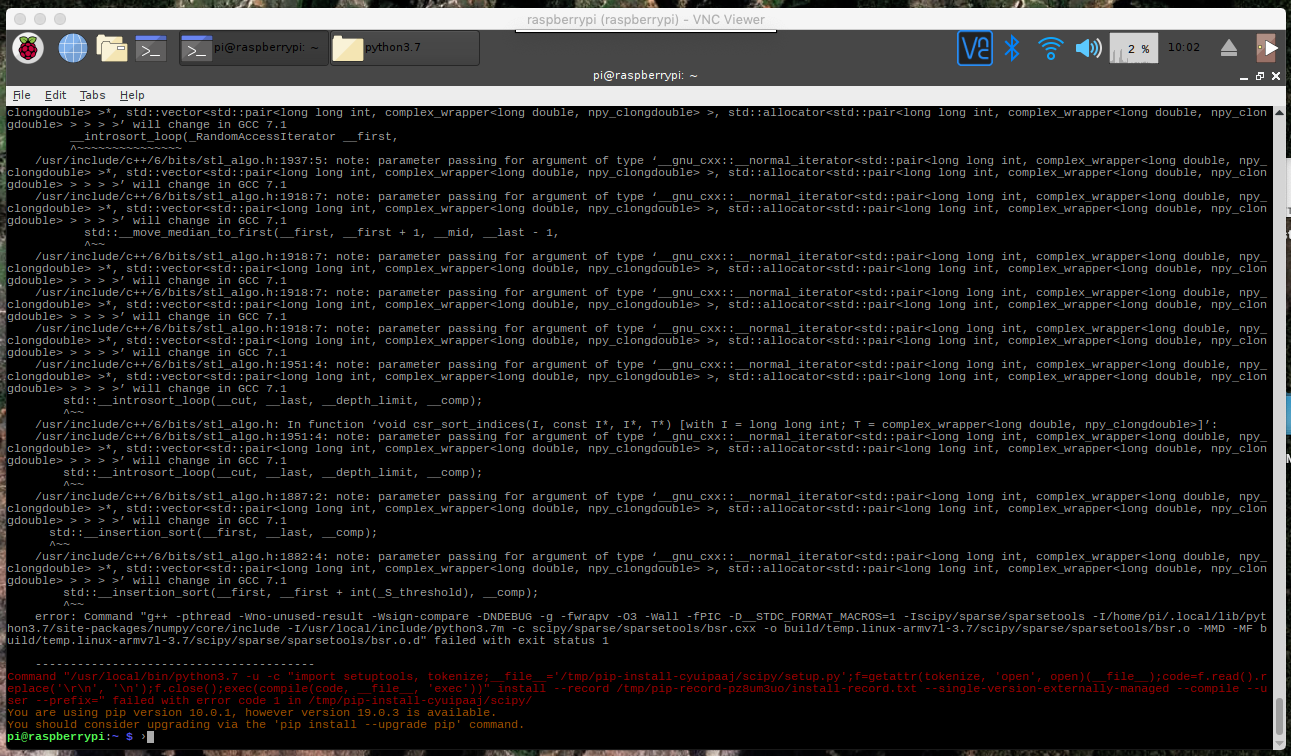 It seems that it most of the errors are repeated. There's also a lot more errors above, but I can't even scroll up to the original command I typed in there's that many.

I ran sudo apt-get update && sudo apt-get upgrade beforehand too, so nothings out of date. I did rerun the dependencies commands too, but that didn't seem to help. I suppose it might be because its not installing to python 3.7, but I'm sorta new so I can't tell myself.

I did install scipy to python 3.5.3 previously too, and that worked fine once I got it to stop installing to python 2.7.

Browse other questions tagged raspbian pi-3 python-3 or ask your own question.

12
How to install latest Scipy version on Raspberry Pi