Additional info: This is on a RPi2B on device i2c@10 software i2c device, no pullups, straight from RPi to i2c device.

Here's a comparison between the NodeJS code readout and what i2catalyst shows based on the pulseview annotation export:

As you can see at some points the reads are REALLY OFF especially at address 69... What?!?! 🤔 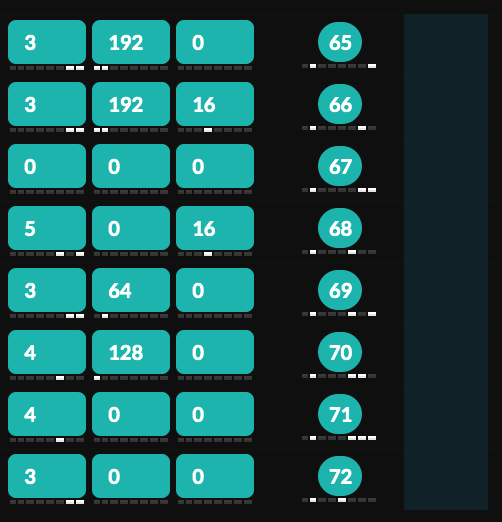 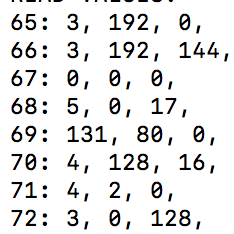 I've tried several i2c buses and they all result in incorrect reads.

I have also tried a level shifter that uses the slave system ground and 5v as reference. Still some incorrect readouts.

I have followed the schematics of the original devices and how they're connected to the i2c perfectly to the wire and still incorrect readouts.

Problem solved by bridging GND and 3v on the RPi with a 1uF capacitor.

I posted another question asking what the cause of the spikes might be and eventually came across an Arduino thread that suggested to bridge GND and 3v.

This fixed all problems.

Not the answer you're looking for? Browse other questions tagged i2c arduino node.js or ask your own question.

2
Raspberryi pi doesn't show i2c address
4
I2C using wiringPi or IOCTL in C, more than 2 bytes
5
How to read data from arduino with raspberry pi via I2C
2
How to read a long int via i2c?
2
Reading 2 bytes at a time via I2C on Rapsberry Pi + ADS7828
1
I2C ADC data read and write
2
Sending more than 32 bytes between raspberry and arduino
1
How to Read I2C Address