How to stop LEDs blinking when button is pressed

I've got 4 LEDs, a buzzer and a button. There's an add_event_detect to switch the LEDs and buzzer on and off. The callback methods works find when the outputs are just on continuously until another press turns them off. But I want them to sleep for 0.3 seconds and turn on again.

This works kind of with the Keypad. You have to press key 2 quite hard but it works. I can't figure out how to get out of the loop in the btnState function.

A button press turns them on but they stay on.

If I've understood your question the alarm condition triggers correctly but pressing the button again to cancel it early does not work and you have to wait for your 3 minutes timeout?

I think part of the problem is the logic on the while... : line in the swState function. You want the code to stay in the loop "while" two conditions are true:

As written, using while( A or B ):, the loop will continue while one or the other is still true. In other words if A is true then it makes no difference if B is true or not. For your intended behaviour you need the loop to continue whilst both are true so you need to be using while( A and B ):. This will exit the loop as soon as either condition becomes false.

Another possible problem (that I'm not 100% certain of so I'm happy to be corrected by someone with more knowledge of Python interrupts) is that you can't have more than one swState running at once. That is to say if you press the button swState gets called and enters your loop but if you then press the button again then swState can't be run until the first one has exited. If this is true then pressing the button a second time to cancel the alarm will not work because the function is not called and the btnState is not changed. Coming from a C and embedded background you always keep your interrupts as short as possible and definitely avoid loops.

To overcome this you could try moving the whole alarm sounding part into the loop function and use the swState function to set your alarm timer and btnState variable. Something like this (totally untested so beware)...

I think the problem is you are trying to use the variable btnState as an integer sometimes and as a boolean (True/False) sometimes.

The line if btnState == 1: will then always fail as True or False are not the same as 1.

It's probably simplest to use

What do you mean by "quite" hard"? Do you mean "quite long" (even quite soft)? Perhaps the hardware bouncing is worst than 200mS.

Or better use level trigger if edge trigger is being used.

Driven events are hard to troubleshoot. I would suggest a simple loop of just checking out one button one led and use a scope to make sure bouncing and glitch patterns etc.

The Vcc = 5V NPN BJT driven buzzer's switching off back EMF can be as high as +20V at collector and -10V at base, which of course is risky at least to that part of the GPIO circuit, latching it up, killing it instantly, or in a short time of some 30 minutes, or shorten its life.

See the scope waveform below. Or use optocoupler/logical level shifter such as TLP521-4 or TLP281-4 module, to isolate back EMFs from inductive loads such as buzzer, relay, solenoids. Using optocouplers is almost a standard practive in industrial environments. My place is near a huge motor driving a heavy elevator for a 28 story building. So I also need optocouplers to isolate machinery noises.

Your momentarily button/switch behaves like a latch/self locking switch. I guess after fixing the first problem, second problem would disappear.

And if you are using an Arduino compatible active piezo buzzer, you might have the "Rpi-High-Not-high-enough" problem with the following symptoms:

See old post below for a quick and dirty, but still latching up risky get around. 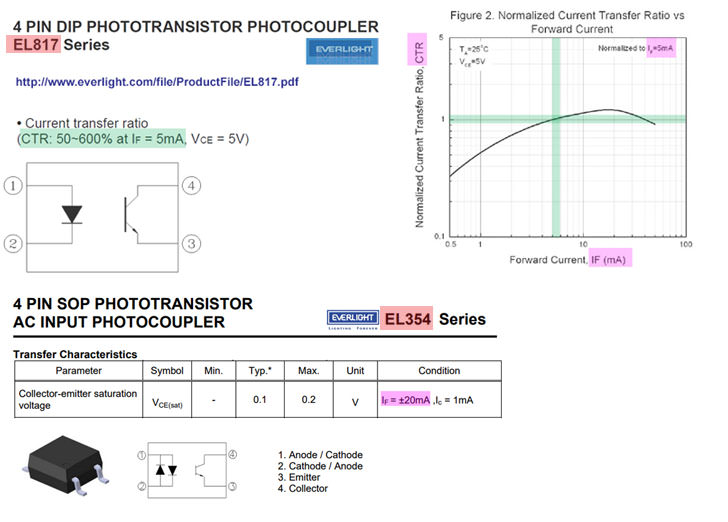 Active Buzzer makes sound on both LOW and HIGH

Why active buzzer is always on.

The buzzer circuit input front end is very likely a PNP BJT. It is biased such that when input signal to base, through a biasing resistor, is 3.5V or higher , the transistor is cut off (Arduino High is 4.2V, therefore a clean cut off), no base current flows, therefore not enough collector current to activate the piezo buzzer.

Now Rpi's High is only 3V, therefore not high enough to have a clean cut off, resulting some base current, and therefore some collector current to partially/weakly activate the piezo, therefore the smaller buzzing sound.

The get around of inserting a 4k7 between Rpi GPIO and input is not to allow even small base current to flow, to get clean cut off, so no sound.

Not the answer you're looking for? Browse other questions tagged rpi.gpio python-3 or ask your own question.

2
Python script failing with AttributeError: LED instance has no attribute '__trunc__'
2
Record audio in python when button pressed
1
Stuck with the “No access to /dev/mem. Try running as root!”
0
“Activating” a button upon other buttons being pressed
1
Run a shell script from a python script when a button is pressed
2
How to start and stop python script using button
1
Why is PIR motion Sensor always on?
0
Why the same GPIO pin is not working anymore?
0
Performing multiple separate actions in Python with callback to main class instance