i like to power 2 Rsp3b+ via a Power USB hub, i have a usb power hub that is 12v @ 2A and im worrying it will blow or burn the ic's of the pi's due to over voltage, would this be true?

I like to add that both of these Pi's will have their own Camera module connected.

I plan to build a AR headset using this mentioned products. 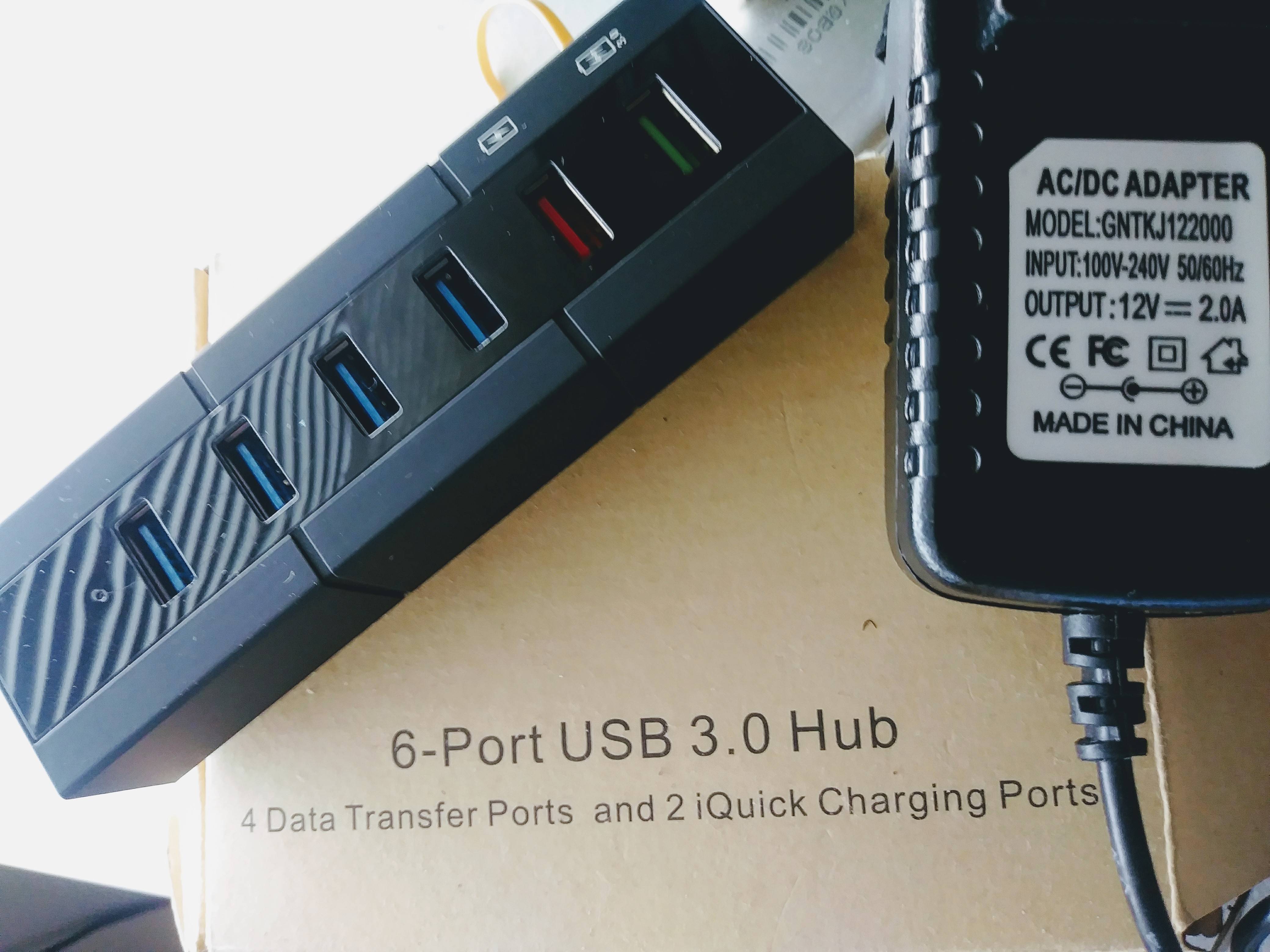 My question is what is the best way to power both of these Pi's?

USB is a standard and must have 5V. The 12V you mention are the output ratings for the HUB's power supply. To be compatible with USB there must be an additional DCDC converter inside the HUB. Whether this HUB is capable of driving 2 RPis or not depends on the current it can provide, not its output voltage. A voltage of ~5.5V must not be exceeded!

Note that by standard a USB port does not provide enough current to drive at least one RPi, but those HUBs might be off standard. The only way to find out is trying. When doing so, monitor the voltage. If it drops significantly with the PIs connected you should choose a different PSU. Actually I recommend using an ordinary 5V-PSU or a USB charger.

You can not power a Pi reliably from a hub!

The USB3 fast change ONLY works with phones which support and can negotiate the protocol - the Pi CAN’T because it doesn’t even have data lines on the power port.

Will blow or burn Pi's due to over voltage?

Well it is 90% likely (but no guarantee!) that everything should go well, if you use the "[2.4A] Intelligent charging" and "[2.4A] Quick charging" ports, one for each Rpi.

Quick Charge is a technology found in Qualcomm SoCs, used in devices such as mobile phones, for managing power delivered over USB. It offers more power and thus charges batteries in devices faster than standard USB rates allow.

Quick Charge is a proprietary technology which allows for the charging of battery powered devices, primarily mobile phones, at levels above and beyond the typical 5 volts and 2 amps for which most USB standards allow. Numerous other companies have their own competing technologies; these include Mediatek's Pump Express, OPPO's VOOC (licensed to OnePlus as Dash Charge).

To take advantage of Qualcomm Quick Charge, both the host providing power and the device must support it. In 2012 the USB Implementers Forum (USB IF) announced that their USB Power Delivery (USB PD) standard had been finalized which allows for devices to transfer up to 100 watts of power over capable USB ports. This new technology was first seen in Xiaomi's Mi Mix 4 that went from 1% to 100% in a mere 17 minutes.

Quick Charge version 4 was announced in December 2016 alongside the Snapdragon 835. Version 4 implements additional safety measures to protect against overcharging and overheating, and is compliant with both USB⁠-⁠C and USB Power Delivery (USB-PD) specifications.

A smart battery charger is mainly a switch mode power supply (also known as high frequency charger) that has the ability to communicate with a smart battery pack's battery management system (BMS) in order to control and monitor the charging process. This communication may be by a standard bus such as CAN bus in automobiles or System Management Bus (SMBus) in computers. The charge process is controlled by the BMS and not by the charger, thus increasing security in the system. Not all chargers have this type of communication which is commonly used for lithium batteries.

Besides the usual plus (positive) and minus (negative) terminals, a smart battery charger also has multiple terminals to connect to the smart battery pack's BMS. The Smart Battery System standard is commonly used to define this connection, which includes the data bus and the communications protocol between the charger and battery. There are other ad-hoc specifications also used.

How does fast charging work? - digitalTrends 2019may22

Not the answer you're looking for? Browse other questions tagged pi-3b+ raspicam usb-power or ask your own question.