I'm not able to find any documentation. Is 0.96 inch display (ST7735S) working with Raspberry Pi? I would like some advice on how to connect the pins. 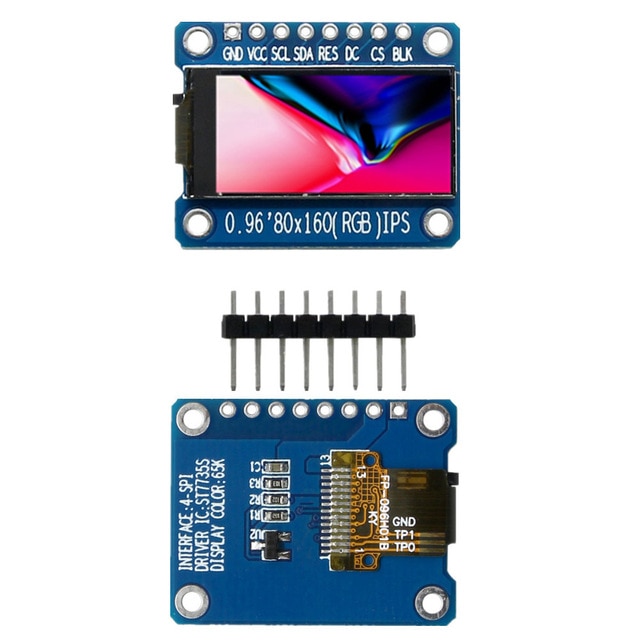 Thank you for help.

That looks similar to this display breakout from Adafruit, and uses a driver chip with almost the same model number. I notice doing a quick search that there are a lot of such things using an ST7735S driver; the Adafruit one is ST7735R, and I did find one on AliExpress with ST77355. Unfortunately that one is in Polish, but spotting things like 5V or 3.3V are fairly language agnositic -- but not on that page.

Based on all that, I would guess the chip itself is 3.3V and the breakouts they are sold on often add a level shifter so you can use them with Arduinos, which use 5V logic. The issue then is whether this is configured, as with the Adafruit one, to also be 3.3V friendly. However, if the device can run off 3.3V, which I am pretty sure you can safely try, then it would not be possible for it to step the logic voltage up (otherwise, the 5V signal could damage the Pi).

Beyond that, the breakout in your picture looks to have an I2C interface (SCL + SDA), which is a standardized bus protocol and available on the Pi -- although it says "SPI" on the back, and some similar items are sold as such, the Pi has a SPI bus too.

So, if you can, try to find one that explicitly says 3.3V logic is okay. If it doesn't say that but doesn't say anything contradictory, it is probably a safe bet anyway. 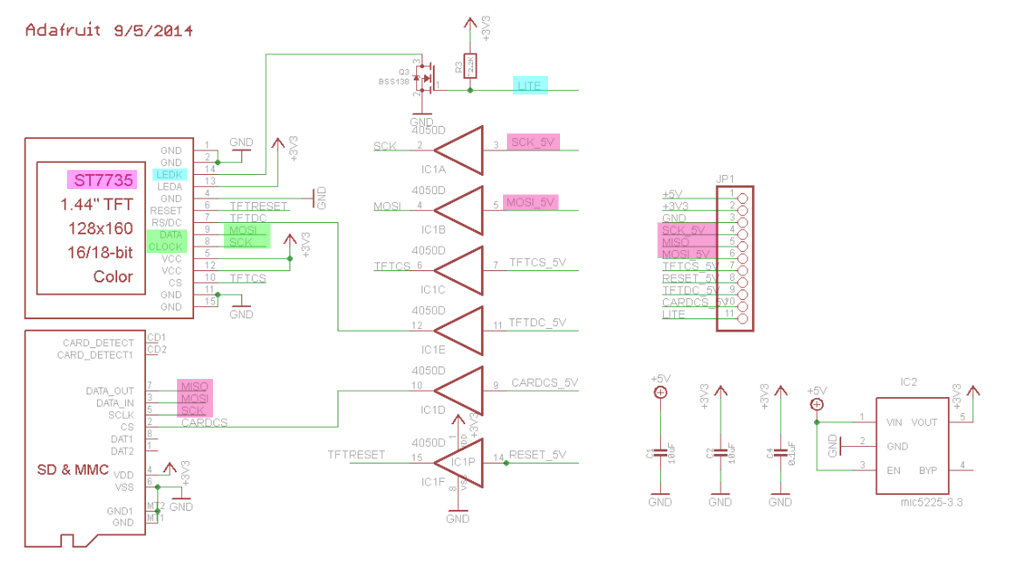 Python library to control an ST7735 TFT LCD display. Allows simple drawing on the display without installing a kernel module.

Designed specifically to work with a ST7735 based 160x80 pixel TFT SPI display. (Specifically the 0.96” SPI LCD from Pimoroni).