I have been working on a circuit to power a Raspberry Pi and servo(s) from a single power source. The diagram below shows the basic configuration, although the 'AA battery' is actually two 18650s.

The screw terminal on the right of the image connects the DC-DC converter (set at 5v) output to the pi microUSB port.

This appears to work correctly and I can use the camera and servo(s) at the same time without the pi crashing. 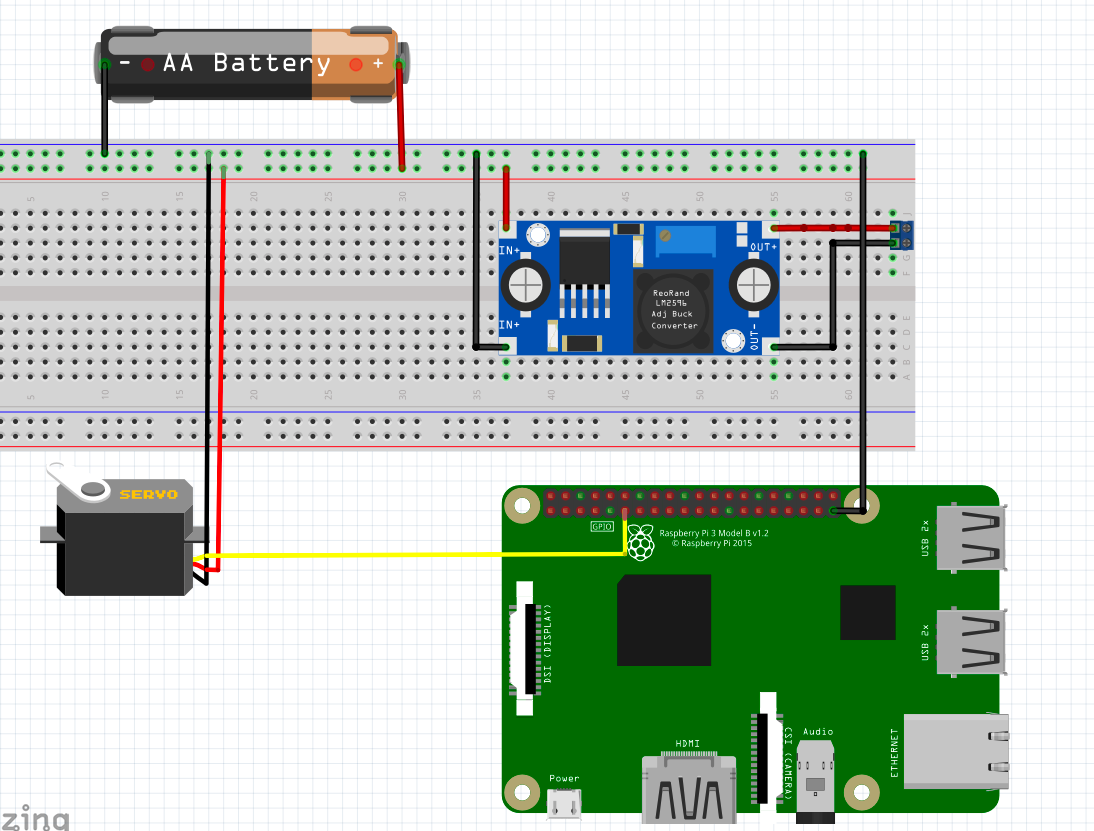 What I wanted to do was power the pi directly through the pins, so that I don't need the cable to the microUSB power socket.

When i tried to do this I found that running the servo would cause a crash on the Pi.

I have tried a couple of configurations, shown below. Either where all the negative terminals are linked, or supplying the power directly to the 5v and GND pins without a ground link to the battery (except through the converter of course).

Both of these fail: 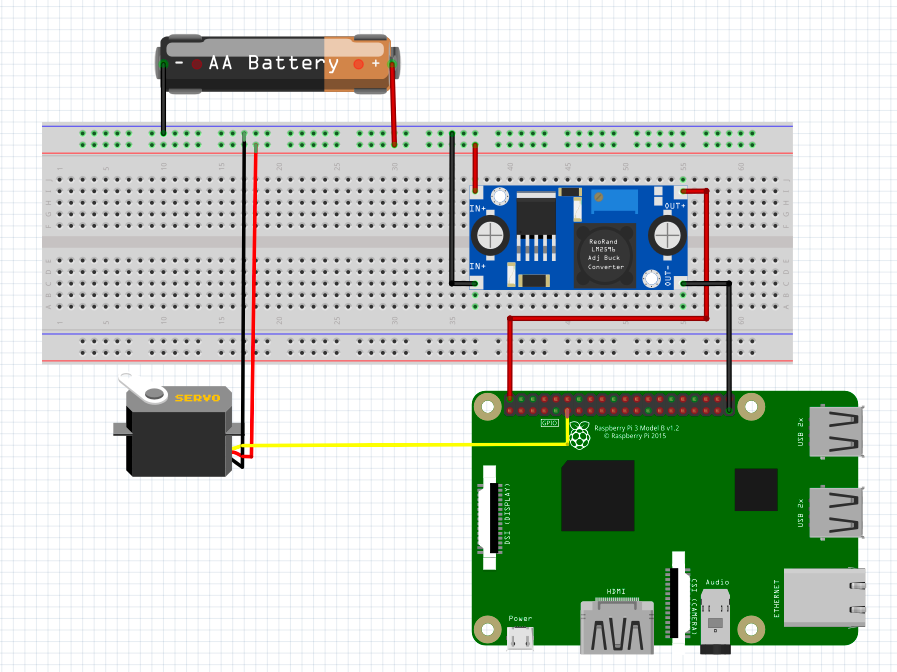 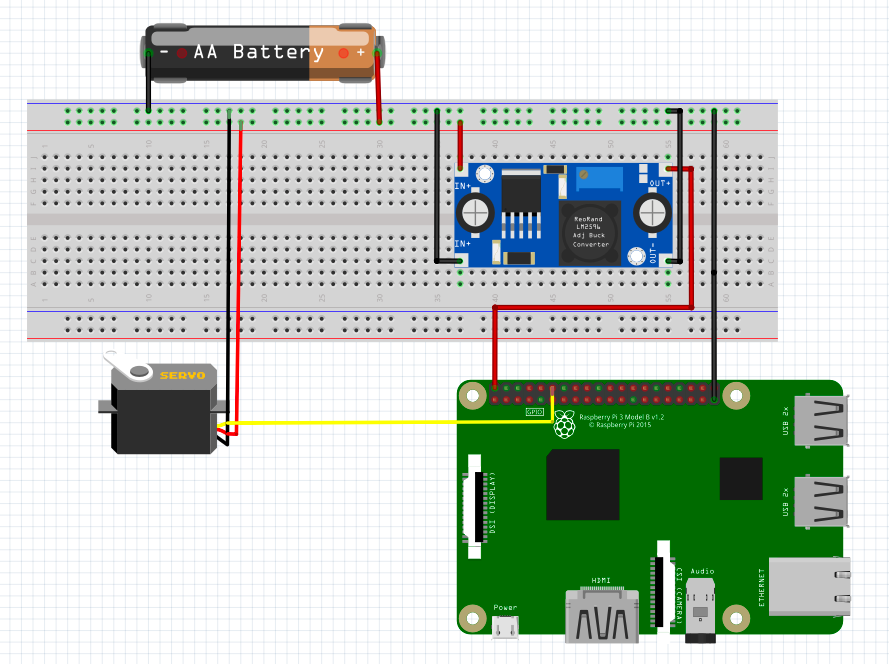 I assume this is because of the spike when running the servo, and that there is a circuit in the microUSB connection that helps mitigate this.

What can I do to allow the pi to be powered directly from the pins without running in to this problem? Ideally I'd like to keep this working with a single power source.

Question - How to do the power wiring to reduce spikes?

My answer is very long. Let me begin with some references and photos.