So I need to transfer a byte on the spi interface on raspberry pi. Here's my code in python

Basically I'm just sending a byte one by one to the SPI (ignore the newbinimp functions, they're basically generating a sequence of characters). The issue is that there is a lot of time in between each consecutive byte transfer as shown in the image 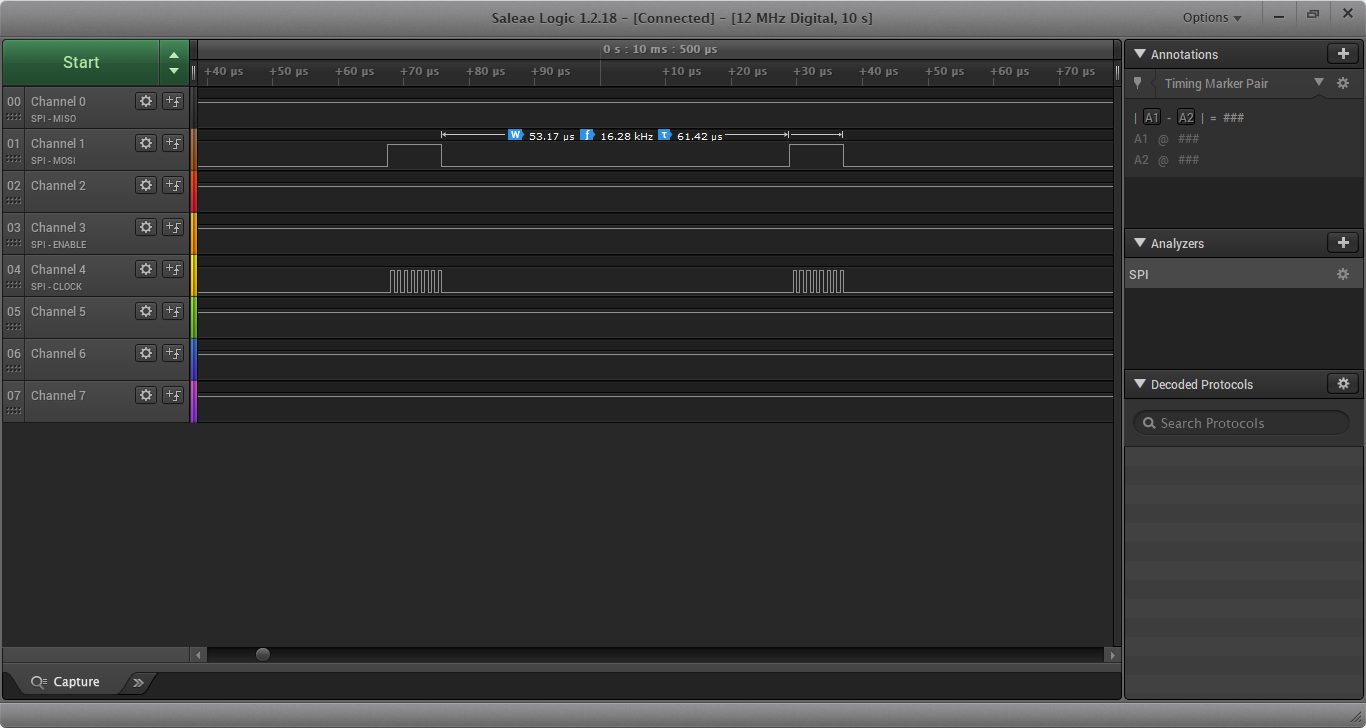 . I'm using a logic analyzer to see the bytes being transferred. As you can see there is a 61.4 micro second wait before each byte is transferred. Is there any way to reduce this time? Thank you so much 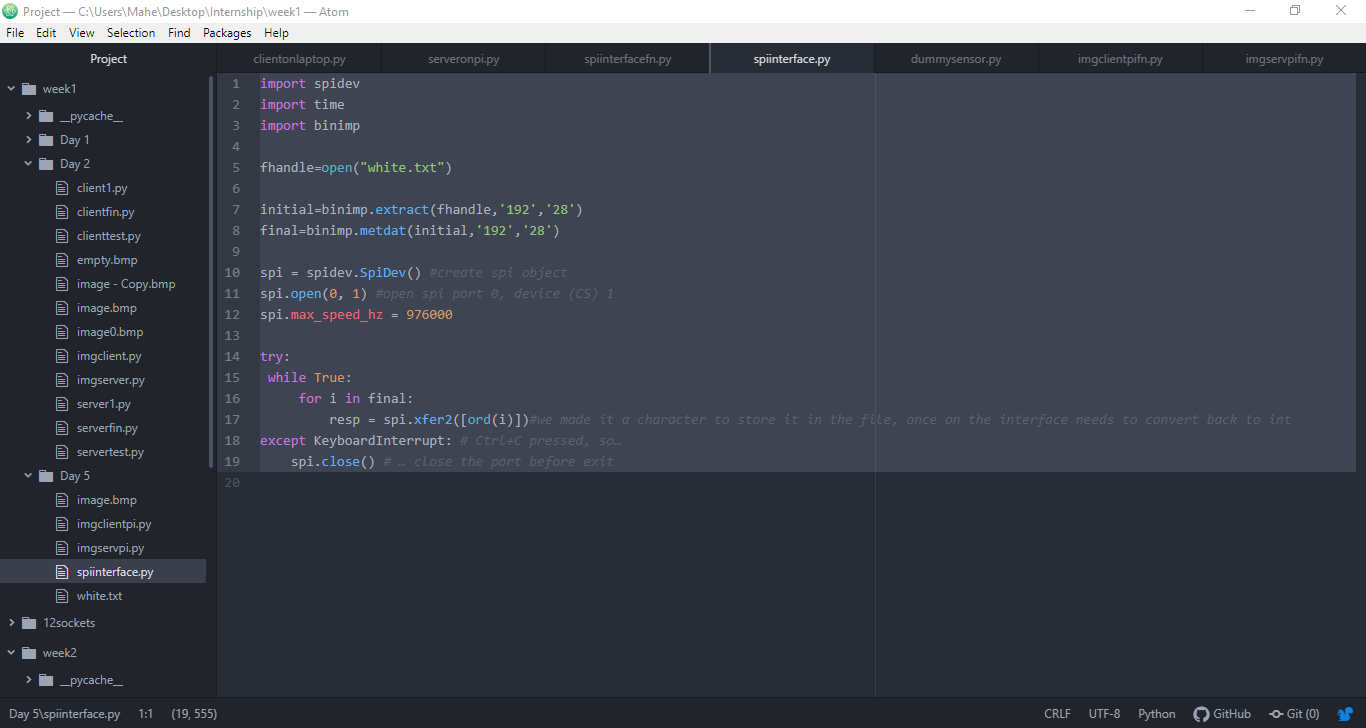 Why don't you send multiple bytes in one transfer?

If you have to send byte by byte I suggest you use C instead of Python.

Not the answer you're looking for? Browse other questions tagged python pi-2 spi or ask your own question.