Raspberry pi and microbit working together

Can I do a pin out from raspberry pi onto a breadboard and have a microbit setup to receive that pin out and have the microbit run a command on pin in?

Or can I have the raspberry pi send a signal to the microbit over USB on a value being true.

Yes, no problem at all. I would suggest to start with UART serial, using Rpi python on one side, and MicroBit MicroPython on the other side. 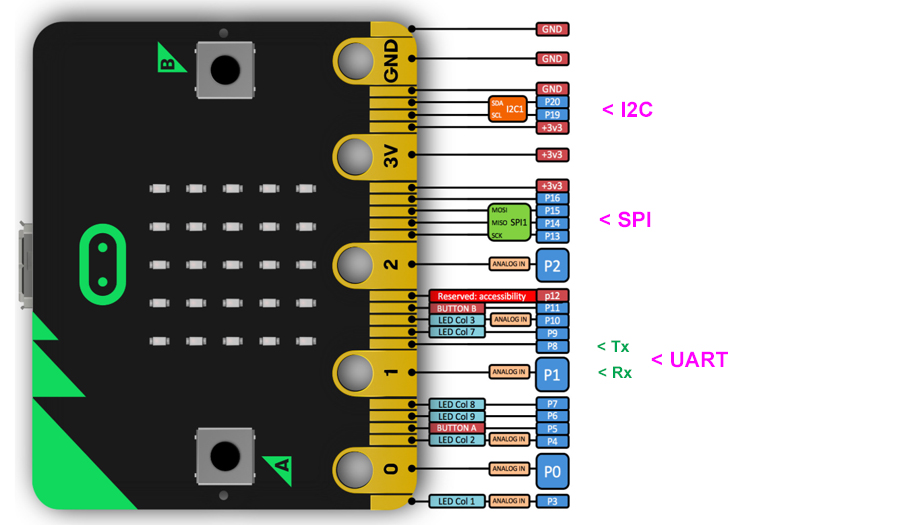 1
GPIO pin PULL_DOWN would
0
Problem with ESC, brushless motor and Raspberry Pi
1
Syncing multiple Pis operations via GPIO
2
No communication between GPRS module RaspberryPi Zero serial GPIO ports
3
Circuit to detect a 3.3v signal
0
using GPIO pins and UART at the same time
1
Possible to use 1 pin for both RX and TX?
0
pigpio.write doesn't properly set the output
0
Is it possibel to send a CLI command from a input on the GPIO