WIFI issues on Boot, wpasupplicant failed to start on boot

I tried to implement the following instructables DIY :

Added my python file in the format "post-up python /home/pi/python_programs/rpi-internet-monitor.py" to /etc/network/interfaces. The functionality works on python shell and even during boot. My problem is that WIFI is not loading on Boot. Once it is booted, it gets connected automatically, however for my application it needs to be available on boot.

On boot I get the message

Attaching the image for the same.

But after boot it works with no issues. I am new to pi and linux. Really appreciate if anyone could help me with the same. Have not tried with ethernet, no LAN availability as of now. 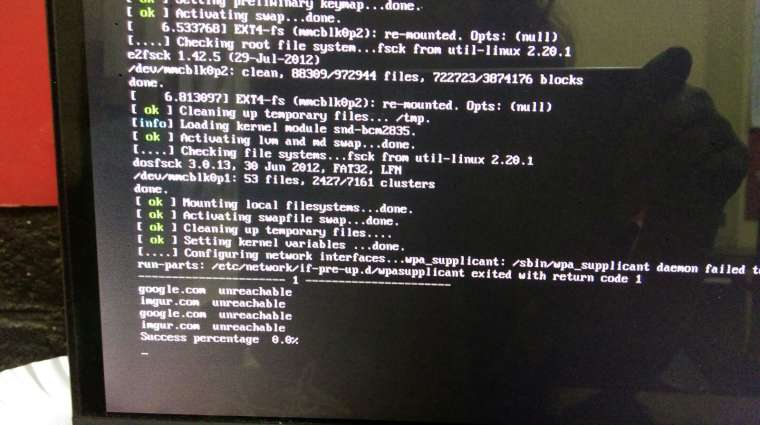 This is an issue with the latest Raspbian image which is using dhcpcd.

This is a misguided/half-baked attempt to make it easier to setup WiFi via the GUI, unfortunately it failed to consider those who use the command line.

The good news is that the "errors" are not a problem, and can be safely ignored. I think it would have been better that the release deactivated the startup services which are not used.

Not the answer you're looking for? Browse other questions tagged raspbian wifi or ask your own question.

284
How do I set up networking/WiFi/static IP address on Raspbian/Raspberry Pi OS?