Qt embedded system is very useful in this topic but it is not open source, it has a price for every year and it isn't cheap.

Windows 10 IoT is awesome OS, with PowerShell you can start OS with a specific application but is there any way to install Qt framework and run Qt application at Windows 10 IoT? I tried from remote but it has to be.appx files, Windows IoT doesn't support exe?

From this topic, you can install but how?

First I found this video from QtWS2015. He explains how to convert and how to deploy to Raspberry Qt projects. I followed his path and downloaded winRT QT 5.6.0, it included ARM, and any other platform.

After that I ran qmake in the folder winrt_armv7_msvc2015 typing

First I got error environment path. cmd says there isn't any path for uuidgen.exe. I didn't know what was that and I didn't know where was it. I searched and I found it in SDK Folder but I checked all SDK folder, I found only Win7.1a (in my path C:\Program Files (x86)\Microsoft SDKs\Windows\v7.1A\Bin) and I added path in my cmd.

Everything was good from there. I opened project with Visual Studio, clicked Remote Machine, after one or two seconds I got this error: 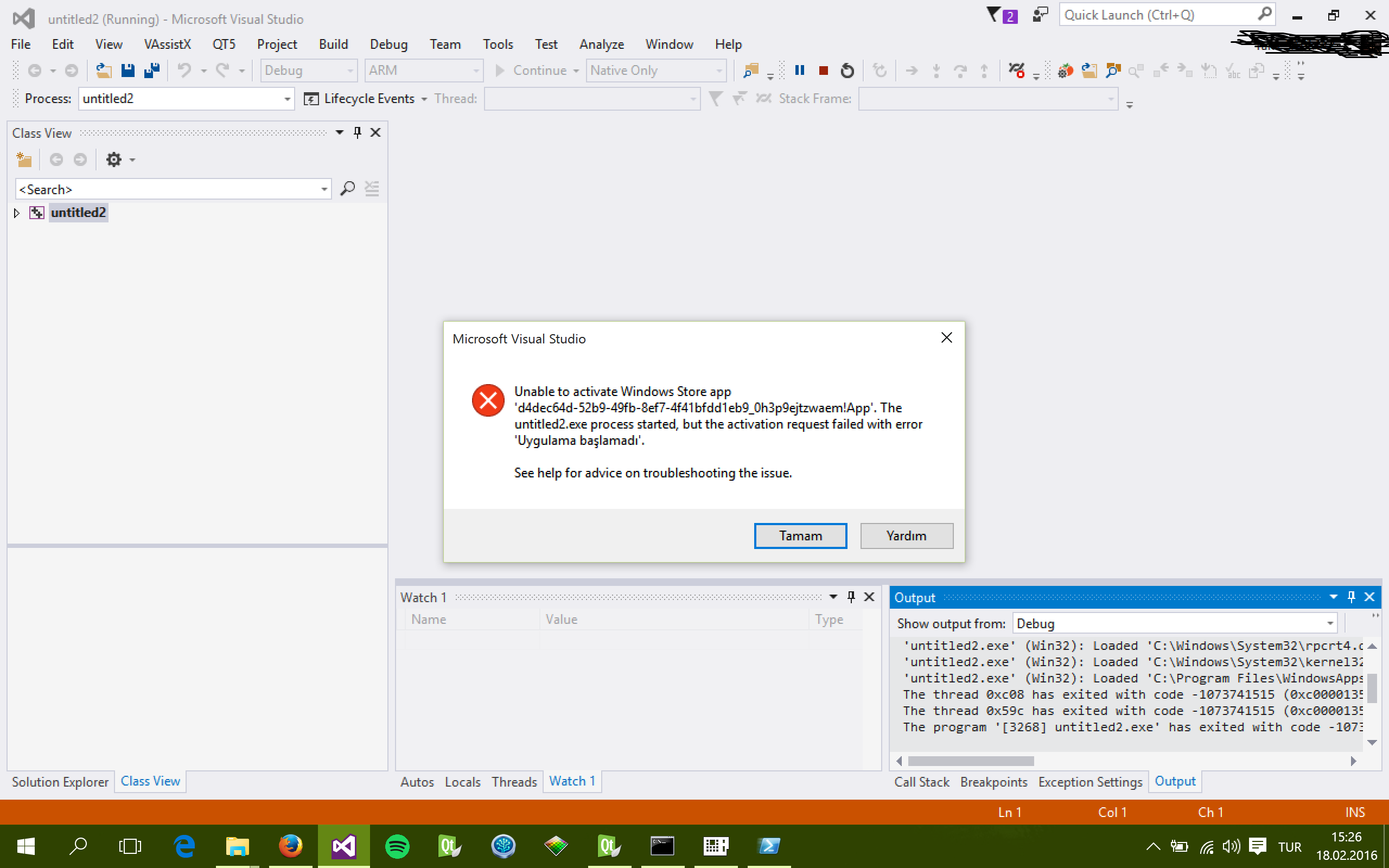 I can see Qt Logo in Raspberry Pi monitor but always one or second later get this error.

I searched and I found this solution, some application doesn't work 10.0.10540, maybe try 10.0.10240 and formatted and installed that version but result is the same I get same error.

You don't install the complete Qt toolset on the target , but on your development machine .

Not the answer you're looking for? Browse other questions tagged pi-2 windows-iot qt or ask your own question.