First and foremost, let me say that I'm new to electronics and the Raspberry Pi. I'm a programmer. I have never done this type of project before.

Now, I have a Raspberry Pi 3 model B that controls my 150 LED strip. This is powered by a 5V battery pack which outputs 2.4 amps per USB port. The Pi outputs 3.3V at its GPIO. I need to convert the voltage with a voltage level converter chip; the TXB0801 to be precise.

Last week everything was working fine with this layout: 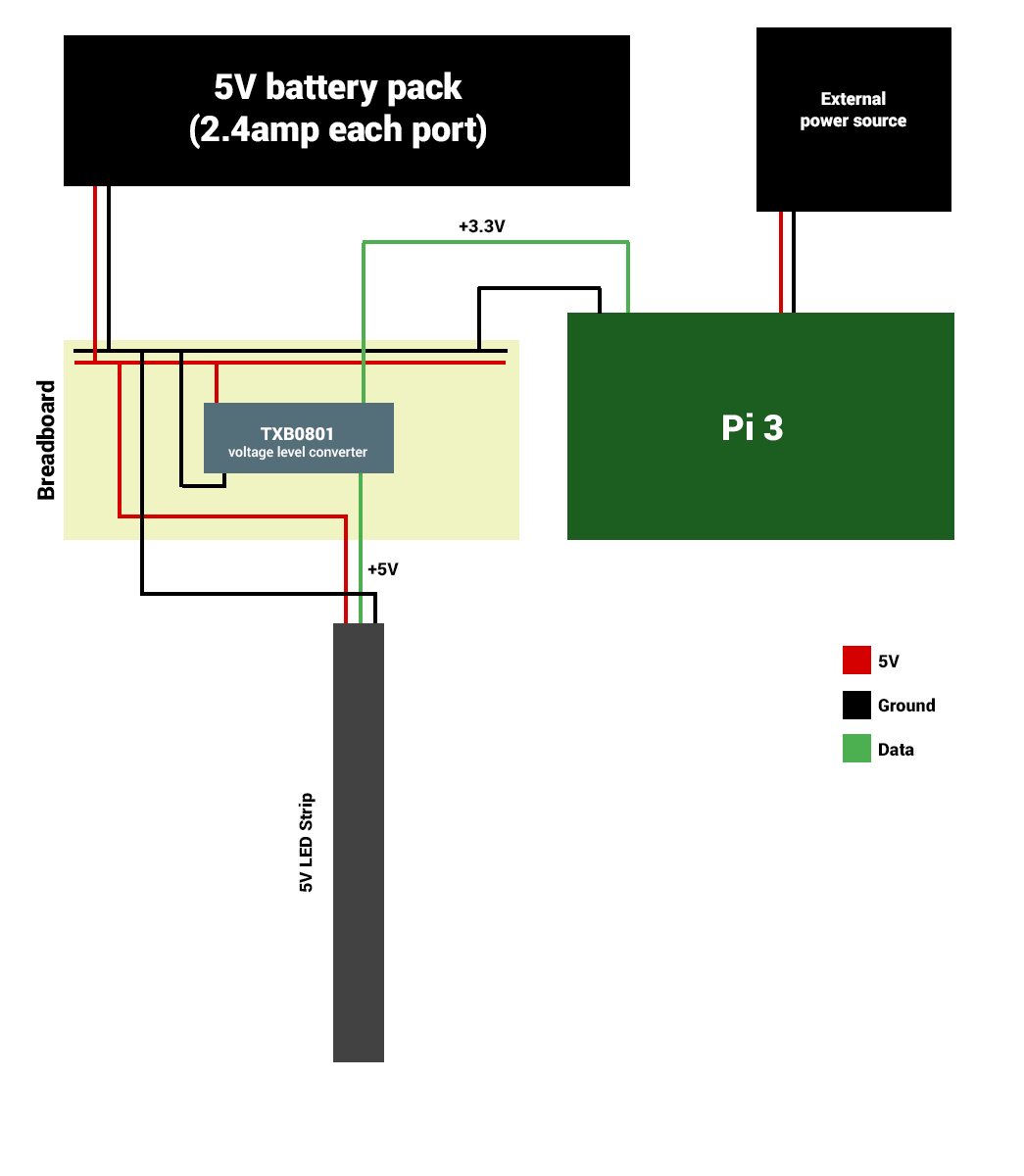 The pattern that the Pi was sending to the LED was 100% correct. Now, I wanted to add switches for the power to the LEDs. When I tested the switches, nothing worked anymore. I reverted back to this same design (without the switches), and now, the LEDs are acting wonky. It's basically random colours now with no distinct patterns.

While troubleshooting I tried tons of stuff:

Now, I tested something today. I tried to not use the chip (volt level converter) at all. The data from the Pi is connected directly to the data of the LED strip. The pattern seems a bit better, but, get this, when I hold the connection of the data wires with my fingers, the pattern is now correct. It seems that with my body, the pattern is 100% correct. What can I do to make this work like it did before? Did I blew something with the switches?

I found the solution. In my second setup, I used telephone solid core wire. That was the only "variable" that was different from my working solution. Now everything works. Thanks for your help.

Not the answer you're looking for? Browse other questions tagged gpio led voltage or ask your own question.