How can I set up my G-Mouse USB GPS for use with Raspbian?

Here is the receiver, a G-Mouse USB GPS unit. 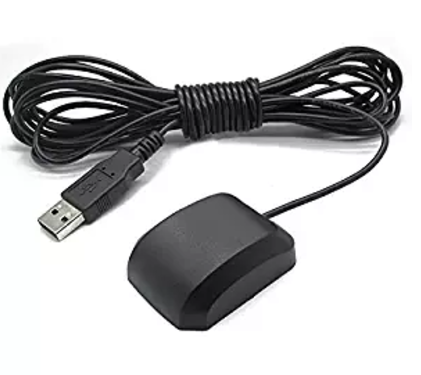 First thing is to find the tty port it uses.

Start by opening a terminal window. Look at the devices, then plug in the GPS unit and look again: 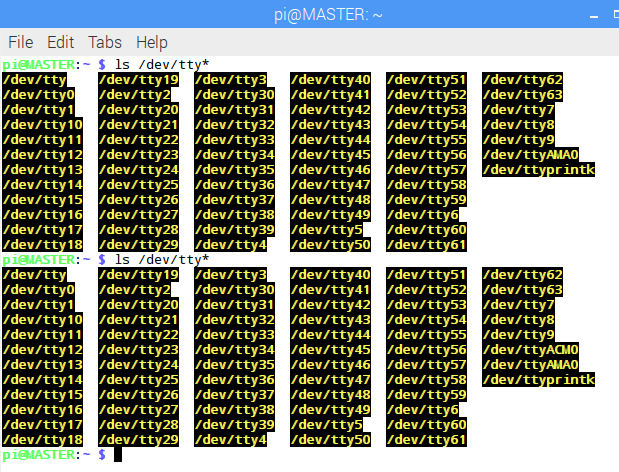 I can see the new entry is /dev/ttyACM0

So I open PuTTY, which I previously installed by

Click on the Serial connection type, and enter /dev/ACM0 in both places as shown here: 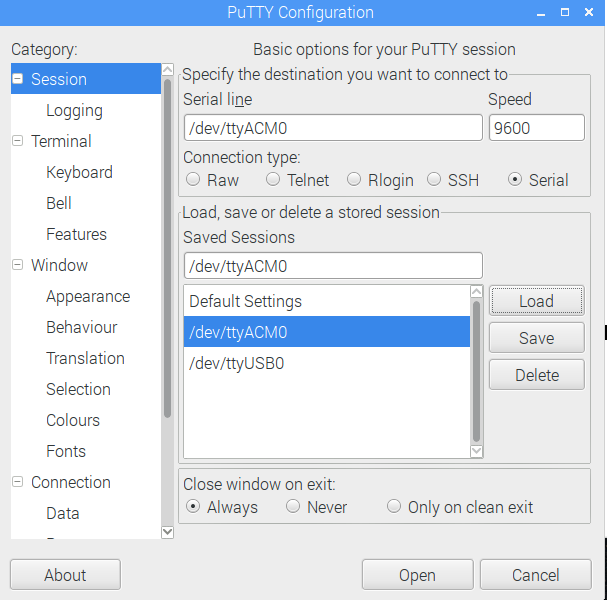 Click on connect (Mine was saved so it says Open) and I get this output: 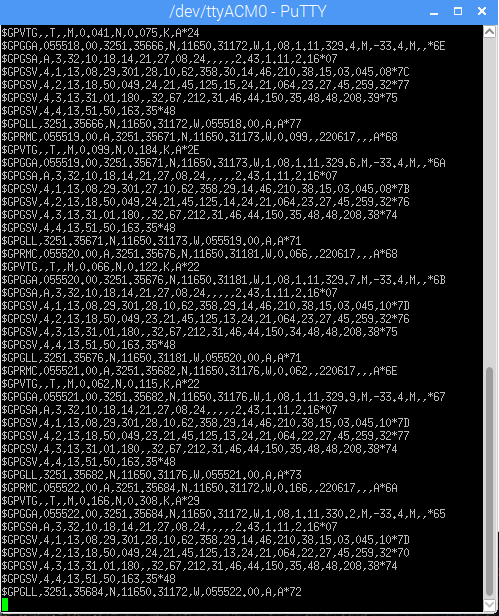 Now I know it is connected and that it works, and is receiving data at 9600 baud. (This is an issue, however, since the NMEA standard very specifically says 4800 baud is expected.)

I even know the data is in the NMEA format, described here:

Which I found using this search: https://www.google.com/search?q=nmea+gps+format

Question is: How do I set it up for use?

First thing is to make sure the tty port is set to the correct baud rate without Putty involved:

Next, install the daemon:

Invoke the daemon using -nN so it doesn't try to set the baud rate itself:

The -s tells it to show processed data to the screen, which looks like this:

---> Actually, the first time I ran this I did not get any data. So I had to do this to jump-start it:

This time the cgps -s command worked properly. You can end it with Ctrl-C

There is also an X-11 version that looks much better, and is run by this command: 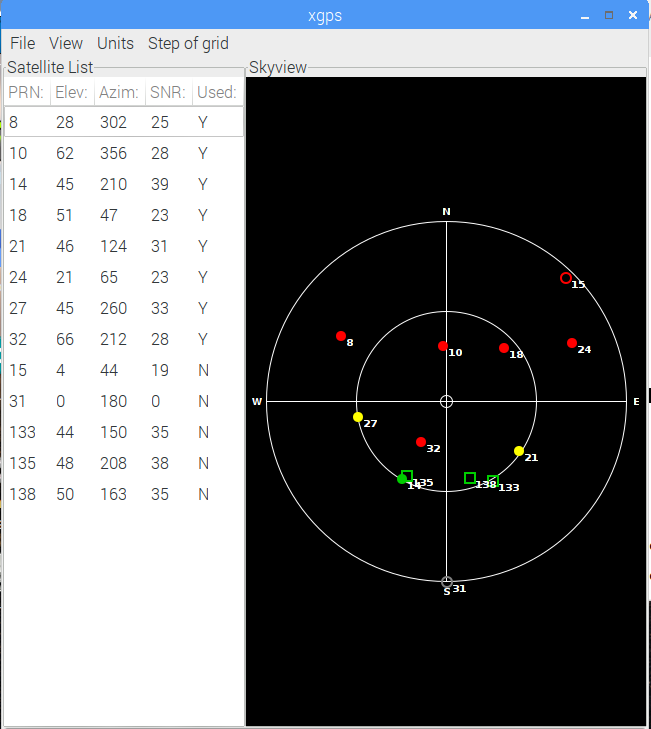 Mine shows 13 satellites, and it is using 8 of them. The red ones are GLONASS.

If you want to run xgps remotely from another Linux machine, use these two commands together:

The -Y is there to allow SSH to carry the X-11 output over ssh.

Personally, I prefer the output of

So now the GPS unit is working with Raspbian and connected with the satellites, producing useful data.

Not the answer you're looking for? Browse other questions tagged raspbian usb gps or ask your own question.

60
How do I attach a GPS receiver?
19
How accurate is Raspberry Pi's timekeeping?
8
How do I set Raspbian to use the primary time server time.nist.gov?
3
Extracting required information from NMEA GPS data
1
why two RPis show quite different ntp results?
1
Install GPS Receiver - GP-735
2
Configure u-blox GPS module from serial port
0
How to achieve multiple independent sessions into a Raspbian Pi3
0
How to stop console xscreensaver from affecting remote connections?
0
How to locate files for GPSD in Raspbian?
See more linked questions

1
cgps: GPS timeout error with BU-353 USB GPS Receiver
0
Pi usb gps data connection issue with xgps or cgps
0
Extracting GPS module from old in-car navigator for use with RPi
1
Can I use an FT232RL USB to TTL adapter with Raspberry Pi for a GPS module?
1
Raspberry Pi 3 with SIM808, 7inch display module issues in communication (UART)
3
How can Rpi connect a GPS module?
0
gpsd/gpsmon on R-Pi 3 re-activates disabled NMEA messages?
0
How can Rpi listen to a GPS module?
0
RPI to NMEA USB (Garmin ECHOMAP plus 45cv) serial input garbled